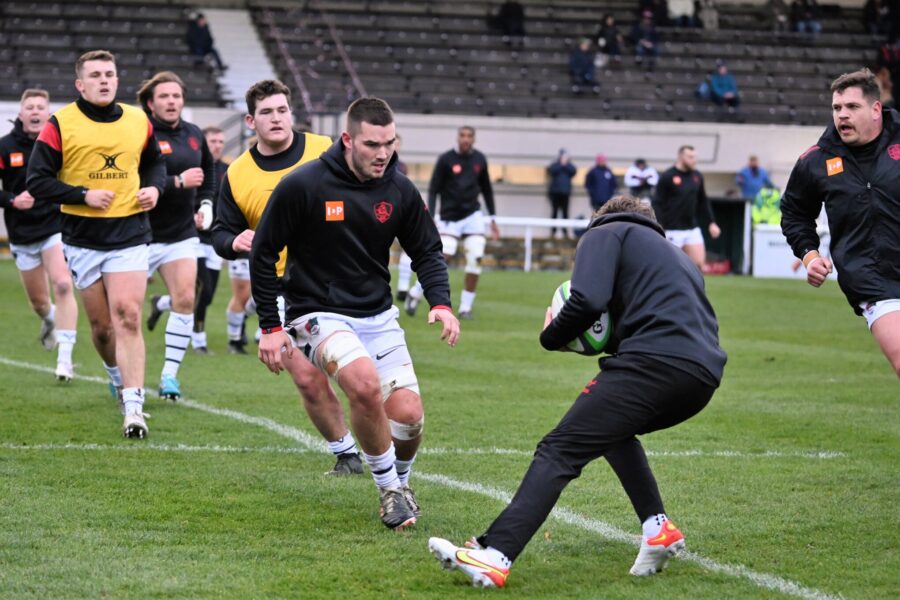 Rowland Winter admitted to underperforming last week against London Scottish, struggling from a line out and maul point of view and not tactically using the opportunities that the swirling winds presented particularly in the first half. Encountering a large number of injuries early on this season has caused matchday selection to feel slightly disjointed, but with more senior players returning from injury this week – partnered with intense training, Winter hopes to “right some wrongs” and display an improved performance for fans this weekend.

Last weekend, Coventry welcomed backed Louis Brown from injury and scored on his first start this season. Brown remains at full back to take on Bedford Blues. Regarding the injury front, Seitiki Nayalo returns at number 8 in addition to Andy Forsyth as number 15. Tom Griffiths, on loan from Dragons, is also fit and healthy and can be spotted at centre. Luc Jeannot, Dan Richardson and Will Hurd also join the squad on the bench. The group all returned to training over the last fortnight with others not far behind them in terms of recovery.

Some other changes to the squad with another loan from Dragons, Max Williams. Williams who made his debut last weekend after getting game time in the second half makes his first start for Coventry this weekend at number 4. Coventry’s season-long loan from Leicester Tigers, Sam Aspland-Robinson along with Tony Fenner and Josh Barton all take starting positions this weekend.

There will be a minute of applause before the game to honour the life of Coventry City legend John Sillett. Our thoughts are with John’s family at this time and we ask you to join us in commemorating his life before the game.

We are asking those who attend the game to bring a gift to donate to our hospital gift drive for the University Hospitals Coventry & Warwickshire (UHCW) Charity. The will be a collection point at the game. Full information and the gift guide can be found here.

There will also be a Christmas Market starting from 12.00 pm with a range of food stalls, craft gifts and Santa’s grotto. As well as the Coventry City game streaming in the bars pre-match.

If you are unable to make it to Butts Park this Saturday, you can follow along on the action with score updates on our Twitter @CoventryRugby or a live commentary from BBC CWR via the BBC Sport website or app.