In 1874, a group which included members of the Stoke Cricket Club, took part in the first organised game of Rugby Football to be played in Coventry. The match, against Allesley Park College in Allesley, took the form of one half conducted according to rugby rules and the other according to association rules.

Games were played at Old Bull Fields, which became known as ‘the Butts’ when the ground became enclosed. At this point, the first match was played against Stourbridge in 1880. By the late-1890s, Coventry began playing in the Midland Counties Cup, which was won five times.

Our first club captain was Harry Ratcliff, who later emigrated to the United States.

W Judkins became the club’s first British and Irish Lion in 1899 during the tour to Australia. Overall, 10 Coventry players have worn the famous red jersey over the years. Ben Tuke and H G Wells were the club’s first internationals, both representing Ireland in 1894.

W L Oldham was the first of the club’s great forwards of the 20th century to represent England.

Early in the century, the Butts was lost when the professional Northern Union game took a brief hold in the city. By the end of World War I, the Butts had been taken over by a local firm and a temporary home was found at the Coventry and North Warwickshire Cricket Ground in Biley Road.

Coundon Road was purchased in 1921 and developed as the club’s headquarters, which was to last for more than 80 years.

The mid-1920s were dubbed the first ‘golden era’ of Coventry rugby, losses were rare and we produced six England internationals as well as playing a part in the early Warwickshire success in the County Championship.

Regular representative matches were staged at Coundon Road, while playing successes for the club were continuing to be built upon local talent, including many school internationals.

During World War 2 many players remained local for essential war work, due to the importance of the city as a key engineering centre. During this time, a record 72 games were won in succession, with a number of players becoming Victory internationals.

The early 1950s saw a dip in fortune for the club, but it continued to produce internationals for England, Scotland and Wales. In 1958, more than two thirds of Coventry players represented the Midlands against Australia, which resulted in in victory in their first match against a touring side. It was also the time when Coventry players dominated the county side, which saw Warwickshire win the title seven times in eight seasons.

By the early 70s, 13 players from the club were representing England. Coventry has a successful stint in The Rugby Football Union (RFU) Knockout Competition, later known as the John Player Cup. In 1972/73 we won the competition for the first time, beating Bristol 27-15 in the final, and we retained the title the following season with an emphatic 26-6 win over London Scottish, which coincided with centenary celebrations. 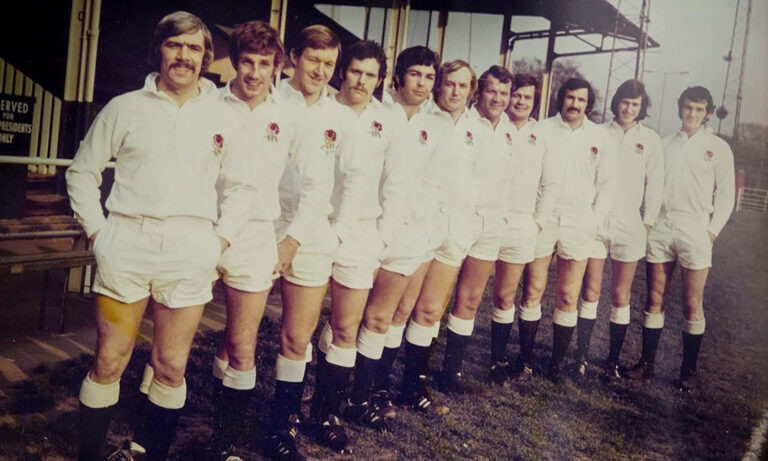 Shake up of divisions

As merit tables were introduced to rugby, Coventry was at the top-end of both the England and Wales leagues. However, when League Rugby was first introduced in 1987, the club spent just one season in what’s now known as the Premiership. The next 10 years would prove to be a struggle for Coventry, before the 1996/97 season saw the club reach a double-headed play-off final with London Irish, only to miss out on a return to the top division.

Almost 12 months later, severe financial difficulties hit the club before a rescue package was put together just in time for the 1999/2000 campaign.

Back to the beginning

After 84 years, Coventry Rugby said goodbye to Coundon Road, which required significant investment, and returned to our spiritual home, known as The Butts Park Arena, in 2004.

Further financial struggles saw significant investment and support from members, supporters, local companies and former players to keep Coventry afloat during the summer of 2008, and again in 2009/10. At this point, the first Board of Directors for the club was formed.

After years of financial woes, the club found itself relegated from the Championship and regrouping in National League One for the 2010/11 season. Players dropped to part-time and steady progress was made under the guidance of the Board with the desire to return to the Championship but not at any cost.

Since the 2013/14 season, Coventry finished in the top four of National League Championship four out of five years, including the record-breaking 2017/18 season when 27 wins (24 in succession), 183 tries and 1,213 points were recorded, which resulted in promotion to the Championship.

In the first season in the Championship, the club recorded an eighth-place finish, the highest-ever by a promoted team.

Coventry remains in the Championship, with a sustainable model that benefits the community at the heart of its ambitions to gain promotion to the Premiership.

Find out more about our history with the players listed in our Hall of Fame.