It follows a Development Academy game against Newbold-on-Avon, newly promoted to the National Leagues, which gives supporters a first opportunity to see back row signing Waita Setu in action following his arrival from Australia at the start of the week.

The double-bill offers a last chance to put down a marker for selection for next Saturday’s National League One opener at Hull ionians, and the team to play Rotherham sees Tony Fenner (pictured) start at full-back with James Stokes moving to the wing as Winter considers his options.

“We are on track with where we wanted to be, everyone has worked hard over the last eleven weeks and the challenges that Rotherham and Newbold provide are a perfect way to finish our pre-season preparation,” said Winter.

“Rotherham have rebuilt and strengthened over the summer under Andy Key’s guidance with some impressive signings. I expect a tough game, but it is a great opportunity for the team to show they are ready to take on Hull next week.

“Newbold had a great season last year, winning promotion to Level 5, and they will be another test for our Development team which includes a handful of senior players.

“Waita has arrived, he and his family are very jet-lagged after their long flights earlier this week and he will get some game time against Newbold before beginning full training next week.”

Matt Price captains the side to face Newbold in the 12.30pm game with Tom Jubb  starting in the second row as he returns to full fitness. 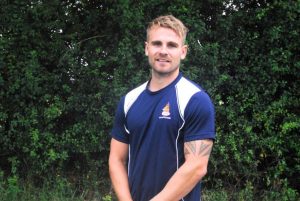