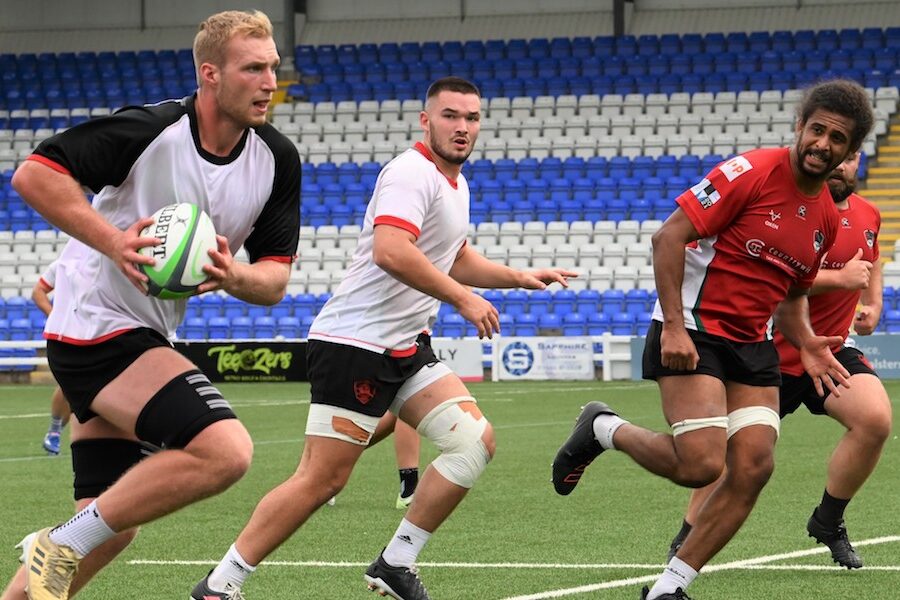 A 32-man squad has been named for Coventry’s first pre-season friendly of the summer against Nottingham at Butts Park on Saturday afternoon (KO 3:00pm).

Although the starting back-line contains familiar faces from the 2021 campaign, the pack includes two newcomers to the squad in the form of dual registered hooker Max Norey and Wales Under-20 international second row Rhys Thomas, as well as young flanker Tom Ball, who impressed in the warm-ups last February.

Meanwhile the replacements are dominated by newcomers, with Joe Jones, Jonathan Kpoku, Josh Bainbridge and Tom Griffiths all set to make their first outing for their new club.

Tom Emery is also in the squad after returning from his time with the GB Sevens squad during their pre-Olympic training.

Saturday’s game kicks off at 3:00pm and tickets remain available; just head to www.coventryrugby.co.uk/tickets and save your tickets to your smartphone to be scanned at the entry points!