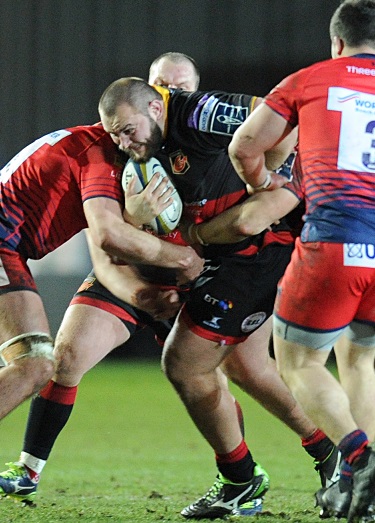 Coventry Rugby announce that 26-year-old loose head prop Gerard Ellis has joined the club with immediate effect and goes straight on to the bench for tomorrow’s game at London Irish.

The former Wales U18 international makes the move from Pro 14 outfit Dragons. At the same time, Charlie Beech has been released from his contract to join the club he will represent next season.

English-born Ellis worked his way through London Irish’s academy and went on to make 27 senior appearances for the Exiles as a flanker and hooker.

He then moved across the front row after joining the Dragons in 2016, and has since gone on to play 20 times for the Newport-based club.

“We weren’t planning on bringing Gerard in until the summer, however with Charlie being able to join his new club early we jumped at the chance to bring him immediately on board.

“We’ve worked hard this week to get the paperwork sorted and our thanks go to Dragons for agreeing his early release.

“Gerard is a hard-working, mobile and energetic player who is approaching the prime of his career. He has plenty of experience of top-level rugby and will be a great fit for us.”

“It’s great to be joining Coventry Rugby at a really exciting time for the club.

“I have really enjoyed training and meeting the team this week, and am looking forward to getting stuck in sooner than I expected.”