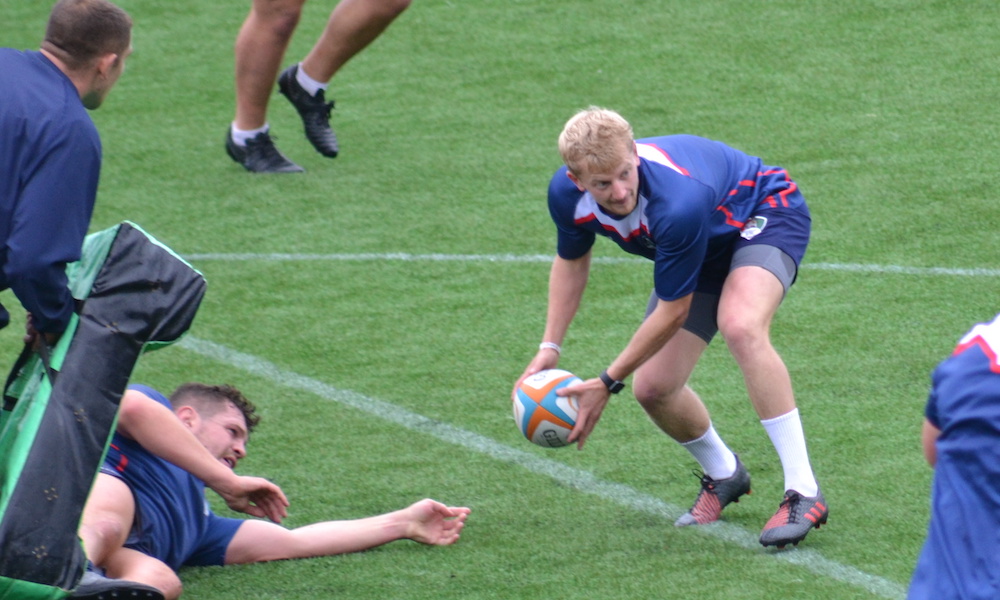 The 28-year-old is in his fourth season at Butts Park Arena, scoring 17 tries in his 81 appearances played to date.

White’s liveliness in the number nine shirt was showcased by his most recent score, a 60-metre interception try at Bedford which helped send Coventry into the Championship Cup quarter finals with a round of pool matches to spare.

This is White’s second new contract since he arrived in 2016 and he had little hesitation in agreeing to stay in the West Midlands.

“I feel really at home at Butts Park so it was easy for me to sign again to stay here,” he said. “Coventry’s a great club with great supporters, and we’ve been going in the right direction throughout my time here, getting promoted from National League One and then working our way up the Championship table.

“We’re playing an exciting style of rugby which suits my game and I’m looking forward to at least another two good years as a Coventry player.”

Director of Rugby Rowland Winter added that White’s style of play fits into how the coaches want the team to approach their games.

“I’ve known Pete for a long time and he’s shown both that he’s a quality player but also that he wants to keep on improving,” he said. “He’s an exciting scrum-half who puts the pace into the game that can make a positive difference, regardless of whether he’s starting or coming off the bench.

“At 28 he’s still relatively young so we know that there is a lot of rugby still to come and we’re looking forward to seeing him develop and improve even more over the next few seasons.”