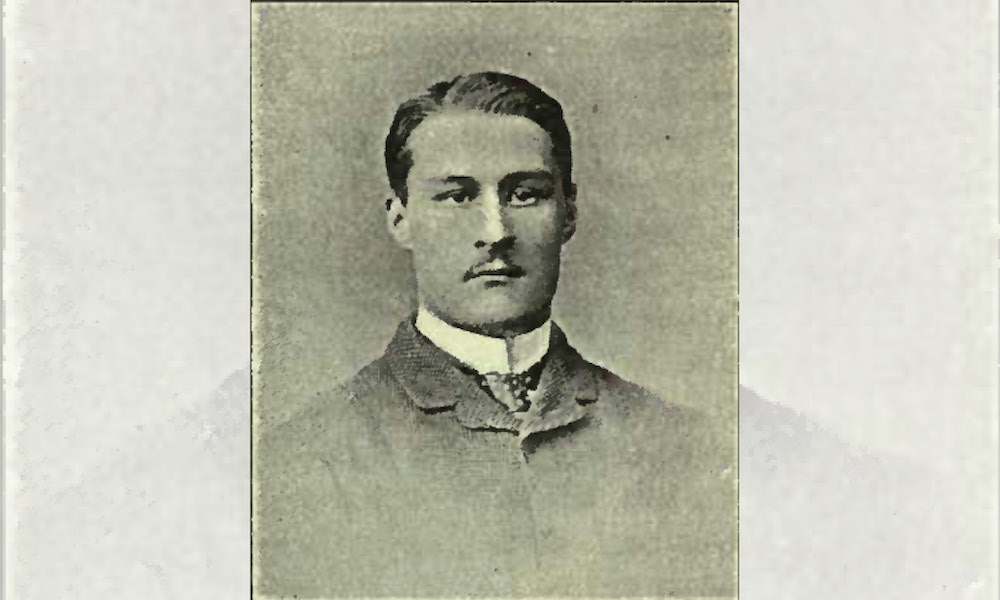 There will not be anyone alive today who saw the subject of today’s Monday Memory in action on the field, but his legacy and impact on rugby has long outlasted his own lifetime.

In its early years Rugby Football was still subject to the particular idiosyncrasies of wherever a game was being played. So when Alan Rotherham headed to Oxford University from Uppingham School and broke into the Dark Blues team it was a surprise to contemporary commenters like Arthur Budd, as what was played at Uppingham was not “the Rugby game proper”.

Nevertheless, this did not stop Rotherham from either playing for the University, then for England, Richmond and Coventry, and ultimately be inducted into the World Rugby Hall of Fame some 113 years after his death.

The eldest of five siblings born to Coventry watchmaker John, Rotherham grew up in the city to become a sportsman of some note, captaining Uppingham’s 1st XI cricket team. Sporting prowess also ran in the family, Alan’s cousin Arthur following in his footsteps to Uppingham, Richmond and England in the 15-a-side game.

Leaving Uppingham for Baliol College, Oxford, in 1882, Rotherham was still a first year when he made his first appearance for the Dark Blues, part of Harry Vassall’s famous ‘Oxford Fifteen’. Vassall’s belief was that forwards should work in unison with the backs and was certainly revolutionary for the time.

Indeed, Vassall is recognised as one of the most important figures in the early development of the sport, but it was the confidence he placed in players like Rotherham which was the key to this success.

Rotherham was given the freedom to make the half-back position one which linked the forwards and the backs, giving the latter group the space to be able to run, pass and play, as opposed to the forward-dominated contests which had preceded this time.

Rotherham was not the first player to do this, but as so often happens it was the second wave of players who developed and refined the tactic to take it to another level.

In the modern game, when a dummy is sold successfully and space opens up for the ball carrier it can prove to be a game breaker and a highlight for players and supporters alike. So imagine being among the first people to face Rotherham when he became one of the best-known early exponents of the art, then known as ‘opportune passing’, or ‘fogging the opposing players’ judgement’ over whether they ought to go for the ball carrier or the player set to receive the pass.

Indeed, so synonymous was Rotherham with the ploy that it was widely known as ‘Rotherham’s game’.

Rotherham made his international debut while at Oxford, playing 12 times in all for England and leaving the field as a winner on eight of those occasions.

Rotherham returned to play for his home-city club, and also turned out for Richmond. A barrister and later the secretary of Watneys, Rotherham’s life ended in tragedy when he shot himself in London at the end of August 1898, aged just 36, an event which the inquest jury returned a verdict of ‘suicide while of unsound mind’.

If you needed any persuading that Rotherham changed the game then it is worth noting that notices of his death were carried even in New Zealand, where the Otago Witness cited the Daily Mail’s obituary, which described him as being ‘considered the finest exponent of half-back play England has ever produced. [H]is great forte was in making openings for his three-quarters; while, unlike most brilliant attacking halves, he was also exceptionally good in defence.

‘It is not too much to say that he entirely revolutionised half-back play, and he particularly introduced the passing game among the backs.’

In 2011 both Rotherham and Vassall were inducted into the World Rugby Hall of Fame at a special ceremony during the Oxford University RFC annual dinner.