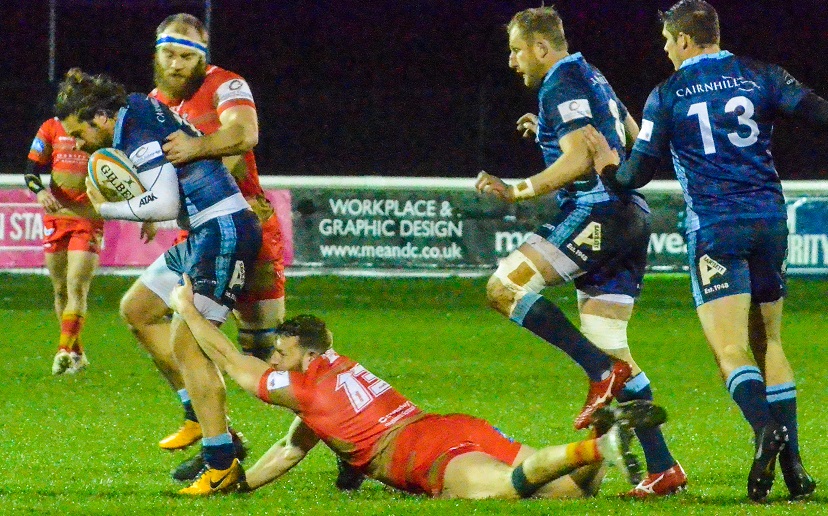 “It’s frustrating – that was a game we should have won.

“We came flying out of the blocks and got two quick tries but from there although we put ourselves in the right areas of the pitch our discipline let us down which you really can’t afford in weather like this.”