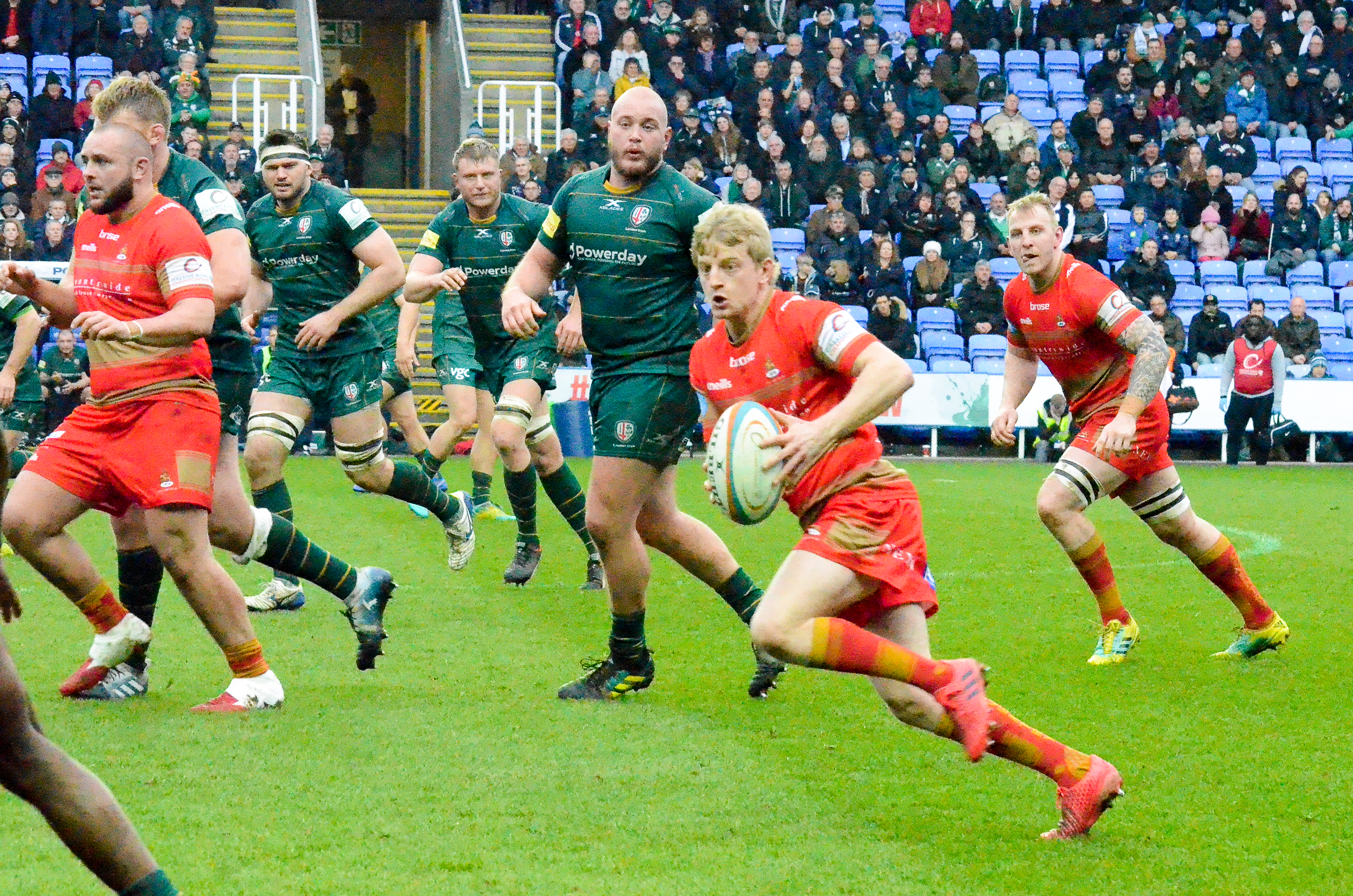 Coventry Rugby’s hopes of claiming a top six finish in their first season back in the Championship following a decade-long absence have been boosted by the news that scrum half Pete White has not suffered a major knee injury.

The livewire No.9 was helped from the field in serious discomfort after collapsing to the ground 12 minutes into last Saturday’s home win over Richmond following an aerial challenge.

However, director of rugby Rowland Winter has allayed initial concerns by advising that the former Bedford half-back escaped significant damage.

“Pete took quite a severe knock to his kneecap when he was up in the air competing for the ball with a Richmond player,” Winter said.

“Thankfully it’s not as serious as we feared – effectively he has a dead leg caused by a clash of knees.

“He is walking around pretty well but it’s not clear yet whether he’ll be available for selection for Friday.”

Following last night’s RFU disciplinary hearing Cov are however reconciled to being without last weekend’s man-of-the-match Alex Woolford for the next five weeks meaning he is free to play again on April 16.

The former Northampton second row was cited by Richmond for striking Toby Saysell, in contravention of law 9.12, and received his penalty after submitting a guilty plea.

“Alex was cited for a strike with his head just before half time,” Winter confirmed. “By the letter of the law the charge was correct and Alex has held his hands up.

“He has played over 50 Premiership and Championship games without ever being even yellow-carded for foul play, so this is clearly an out-of-character incident which he’s pretty embarrassed about. There was minimal force involved and no injury caused, but he is guilty.

“We suspended him from this week’s game and also the RAF match next Wednesday before the RFU applied their sanction. He has also made a donation to charity and made contact with the Richmond player to apologise.”

Cov are required to make a further change to their forward group for Friday’s visit to London Scottish due to Northampton’s recall of on-loan front-rower Jamal Ford-Robinson.

Fit-again James Gibbons is set to replace the former England squad prop who appeared from the bench in the second half of last week’s Butts Park Arena clash.

Behind the scrum Dan Lewis is battling a twisted ankle while Andy Bulumakau must also overcome a knock suffered against Richmond in order to face their Athletic Ground co-tenants.

On a more positive note, Junior Bulumakau has returned from army duties and new signing Will Owen is playing a full part in training after shaking off the wrist injury suffered during his final weeks at Doncaster.