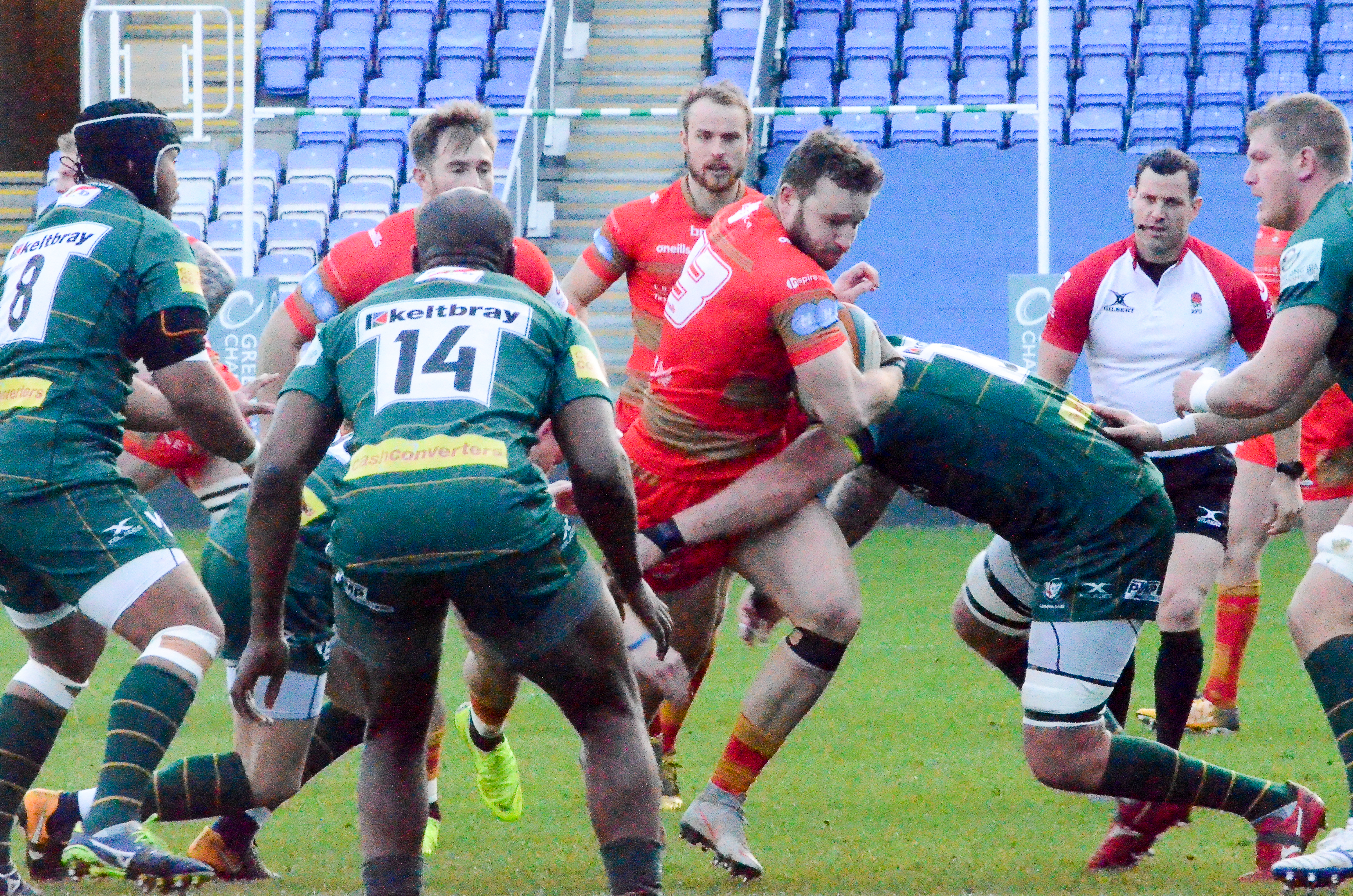 For Coventry this weekend, it is a case of retracing their own steps, with another visit to the Championship leaders London Irish at the Madejski Stadium, Reading.

Few could argue with confidence that the Blue-and-Whites face anything but a very daunting task despite their solid performance on the same ground two week’s ago in the cup quarter final.

Cov’s hosts are already well ahead in their planning for an immediate return to the Guinness Premiership next season, having already built a sizeable lead over Ealing Trailfinders and the rest of the chasing pack.

The true extent of the task facing Coventry is that London Irish are unbeaten at home since their return this season to the Greene King IPA Championship.

The Exiles began their campaign with five straight league wins before suffering their only league defeat so far, away at Jersey Reds on November 3.

Since then, Saturday’s opponents have wracked up another winning league run, culminating in a 13th success at third-placed Bedford Blues last Saturday.

Like Bedford, Cov pushed London Irish very close at home, but an away day at the Madejski it is an even tougher proposition.

Such is the depth of the London Irish squad that top points scorer, former Northampton Saints fly half Stephen Myler, has not even been present during his team’s recent winning run following injury.

Irish’s next highest points contributor, scrum half Ben Meehan, also limped off with injury during the game at Bedford, while their top try-scorer, hooker Dave Porecki, was also only named on the replacements bench last weekend.

From reports coming out of Reading, London Irish do currently have a fairly long injury list, but director of rugby Declan Kidney still has plenty of options available to him. A mere glance of the squad which Coventry faced in the cup quarter-final underlines that point.

From a Cov perspective, director of rugby Rowland Winter, together with the coaches, have been pleased with their squad’s improving performances over the last few weeks. This included their most recent home win over Hartpury RFC last weekend, when the contribution of a strong bench had quite a say in the final outcome.

Cov’s return visit to Reading is only the seventh meeting between the clubs at league level after over 30 years of such action. It was in season 1988-89, the second campaign of league activity, that Coventry gained their only victory on Irish territory by 29-6.

Three wins were also chalked up at Coundon Road, the last being the first leg of that famed play-off at the end of the 1996/97 season.

More recently, the action-packed BPA encounter in September brought Cov within five points of recording a famous win before Brendan Macken’s late try sent them to one of only two home defeats suffered in 11 league and cup starts so far this term.

The Supporters’ Club coach leaves the BPA at 11.00am in readiness for the 2.45pm kick off. Bookings as usual can be made up to 1.00pm on Friday via CRSC1874@gmail.com