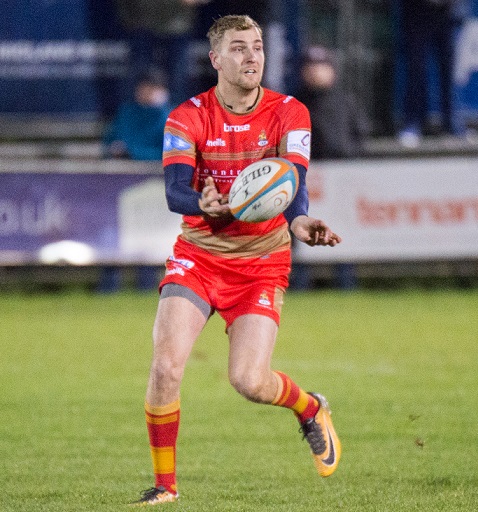 The Kenilworth product partners Tom Kessell at half-back, while Rob Knox has recovered from the illness that forced him from the field last week at Bedford to join Heath Stevens in the Blue-and-White midfield.

Coventry’s coaching group have named a same-again trio in the back three, but opt to rotate a number of last week’s starting and bench forwards.

This means Charlie Beech joins Phil Nilsen in the front row alongside Samoan international prop Donald Brighouse who makes his first competitive start for Cov following his move from Otago.

With George Oram named on the bench, Tongan World Cup hopeful Dan Faleafa steps up from the blindside flank to partner Tom Jubb in the engine room.

This switch allows Australia sevens international Ben Adams to join Adam Peters and Ben Nutley in the back row, while Jack Ram is named among the replacements.

He is joined on the bench by four of last week’s starting front five plus exciting prospects Will Flinn and Dan Lewis who both impressed for their club’s development XV against the Army in midweek.

“It’s nice to have a break from the league and to focus on a cup quarter-final at London Irish this week.

“We’ve had two really good performances over the last fortnight and feel we have taken positive steps forward since it was very pleasing to do well against Pirates and Bedford who are both at the top end of the table.

“We pushed Irish close when we played them last time – maybe they under-estimated us a bit – and we know a quarter-final at the Madejski is a tough test, but it would be nice to go down there, keep the performances rolling on and take another decent step forward.”