Knox hits 150 by taking it one game at a time 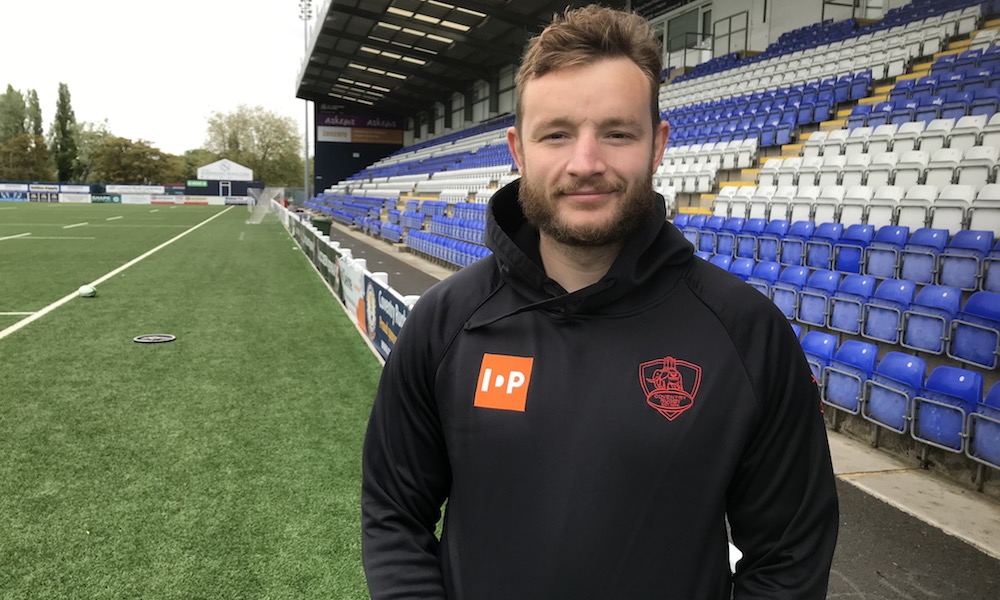 The team turned on the style, too, racking up five tries away to Jersey Reds to consolidate fifth place in the Greene King IPA Championship table, and for all the personal achievements the 29-year-old insists that the win was all-important.

“It was good that we got the win, which was first and foremost and the reason we went over there,” he said. “It was the most important thing for us and was pleasing in front of their crowd – it’s a hard place to go.”

Knox’s run to the 150 was put off by a year for obvious reasons, but his attitude while at Butts Park has been to take each week and each game as it comes.

Knox has been named on the bench for tomorrow’s big game against Saracens, but home fans will have the chance to celebrate his achievement when he runs out with the rest of the team at the start of the game.

Having had the entire home campaign be played out before empty seats and standing areas, the home-town back is looking forward to having the Cov roar getting behind the team against a star-studded Saracens outfit.

“There are quite a few boys and coaches here who haven’t witnessed the Cov fans,” he added, “so for them it will be good to get that for the first time. And for the rest of us it’s good to get everyone back! It’s good for the fans to get a bit of normality back into their lives as well.”