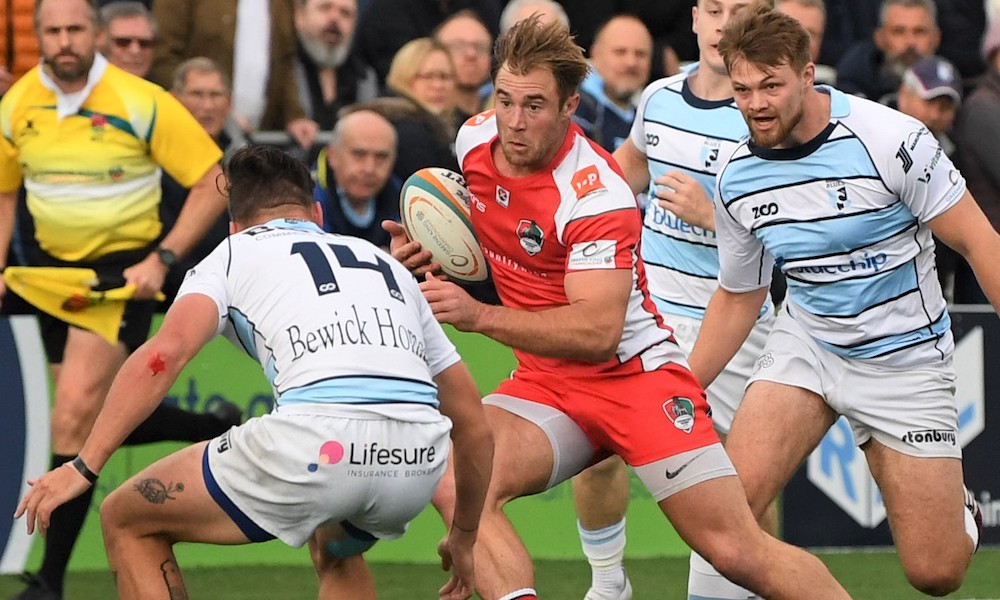 The summer saw the Yorkshire club finally able put a group of players together just in time for the Championship Cup, after all the well-published events from last season.

The Coventry squad will travel to the Emerald Headingley stadium certainly looking to build upon the win over Bedford Blues, but also to finally lay rest to a statistic the club will be only too pleased to rid themselves of.

Since the introduction of league rugby back in 1987/88, Coventry squads have only made just nine visits to Yorkshire in either league or cup rugby. All those nine matches have ended in defeat, so the current squad have any number of incentives to end that sequence.

The new Director of Rugby at Headingley is Martyn Wood, previously at Hull Ionians, with fly half Joe Ford, brother of England’s World Cup squad member George, as head coach. While a high percentage of the Carnegie squad will be relatively unknown to Coventry followers, three other players most certainly are.

Centre  Joe Carlisle most recently opposed Cov when wearing the Old Elthamians jersey. Indeed he also turned out for Coventry seven times at fly half while on loan from Worcester Warriors during season 2009/10.

Another name to look out for is the much-travelled and vastly experienced Tom Varndell, with four England caps to his name, is featuring on the left wing.

For many years, Coventry and the original Headingley club traditionally met at Easter time, before together with Roundhay the amalgamation of the two clubs became known as Leeds RUFC in 1991. From there have come Leeds Tykes and Carnegie, before Yorkshire Carnegie was born earlier in this decade.

Headingley is one of the best stadiums that Cov will visit this season, with a multi-million pound development transforming both the South Stand and North Stand from what was pretty dilapidated into a state-of-the-art facility servicing both Yorkshire Carnegie and Leeds Rhinos RLFC.

The hard working Supporters’ Club are laying on a coach to Leeds on Sunday; bookings however being required no later than Friday lunchtime. For those not able to travel, full match commentary for the 3pm kick off  will be streamed from the Emerald Stadium via BBC Coventry & Warwickshire through to the BBC Sport web site.

Coventry return home on Saturday, November 9th, to play Doncaster Knights in the Championship. Book in advance at coventryrugby.co.uk/tickets to save cash and beat any match day queues, using etickets to print at home or download to your smartphone!