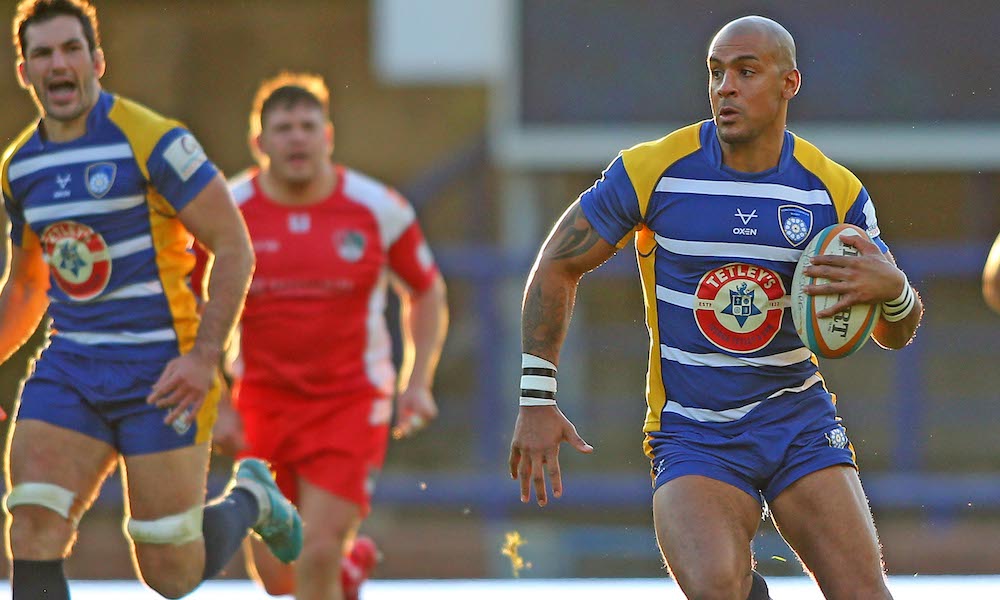 Hopefully, the worst of the stormy weather will have passed at the point when kick off times come around this weekend.

Fortunately, Cov Rugby, whilst not enjoying too much the final outcome at Bedford, at least saw the match played out in good playing conditions on Friday evening.

Fast forward nearly 48 hours, with Yorkshire Carnegie’s home match against Ampthill at Headingley falling foul to the dreadful conditions on Sunday. Consequently, Carnegie were last in action two weeks ago, when on the Friday evening they fell to a 10-62 defeat at home to Nottingham.

Having just about survived a pretty traumatic summer of 2019, Yorkshire Carnegie had a minimal amount of time to put together a playing squad for this season.

Not unsurprisingly, the hastily assembled squad have experienced a torrid time in the Greene King IPA Championship, with just one try bonus point to show for their efforts – achieved during their earlier defeat by Cov Rugby at Headingley.

In the meantime, former Director of Rugby Phil Davies has re-joined, having previously being involved at Headingley for 10 seasons up to 2006, in the days of Leeds Tykes. Davies’s return to Yorkshire brought memories of the club’s halcyon days, including winning the Powergen Cup in front of more than 60,000 people at Twickenham in 2005.

The most recent news to come out of the Yorkshire camp is the arrival of three Namibian internationals, all well known to Davies following his time coaching the nation, notably during the 2019 World Cup.

Two of the three were due to make debuts in the postponed match with Ampthill. Centre Daryl de la Harpe, with three World Cups and 50 caps in his CV, is the most experienced, together with flanker Prince Gaoseb. The third arrival, but not named in last weekend’s squad, is prop forward Andre Redemayer.

Two names in the squad which are very familiar for Cov Rugby fans are wing three quarter Tom Varndell and fly half Joe Carlisle.

Varndell, previously at Leicester Tigers, Bristol Bears and Wasps and capped by England at both 15s and Sevens, has played some of his rugby this season for Carnegie in the centre. Meanwhile Carlisle wore the Blue and White of Cov seven times during season 2009/10 while on loan from Worcester. One can recall a particularly memorable try scored away at Bristol, while more recently, Cov also opposed Carlisle when he was at Old Elthamians two seasons ago.

Cov’s 66-26 win at Headingley in late October was the first away league success the club had achieved in Yorkshire, whether it had been against Leeds, Leeds Tykes or subsequently, Yorkshire Carnegie.

Last season, in what was the first of four either league or cup meetings, Cov won at Butts Park 20-15. Prior to that, with fixtures being pretty sporadic because of differing league status, it was back in season 1990/91 when Cov Rugby had beaten a Leeds side.

Cov will go into Saturday’s game surely fully aware and guarding against any complacency, with Carnegie still looking for their first win of the season. Nevertheless, after the defeat at Bedford, which still however saw them retain fourth place in the Championship and making sure the unbeaten home league record stays intact are key elements looking ahead to Saturday’s game. So too will the level of performance and confidence, with some very challenging fixtures coming up over the next few weeks.