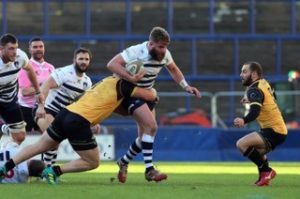 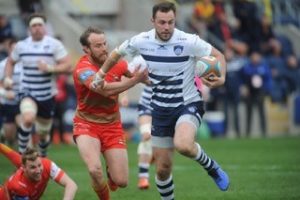 Forsyth will bring plenty of experience to the Coventry midfield. His signing for Yorkshire Carnegie in 2015 marked a return home for the 28-year-old centre, who had begun his career in the club’s Academy. In the intervening years he won a Premiership Rugby Cup with Leicester in 2012, helped the Tigers beat the touring South Africans in 2009, and played for Sale Sharks for two seasons in both the Premiership and European competition.

At 26 years of age, Buckle is another player coming into his prime. The hooker has more than 100 Championship appearances under his belt with Jersey Reds and Yorkshire Carnegie, who he joined in 2017. A graduate of the Bath Academy, Buckle has also played for Cornish Pirates.
Director of Rugby Rowland Winter says that these signings are representative of the players he is looking to bring to Butts Park Arena.

“Andy and Joe have been two of Yorkshire Carnegie’s stand-out players this season and we’re delighted that they are joining us at Coventry,” he said.

“They both bring plenty of experience and knowledge from their years in the game at different clubs, and they will add further quality and strength to the team on and off the pitch.”