Coventry Rugby will remember them 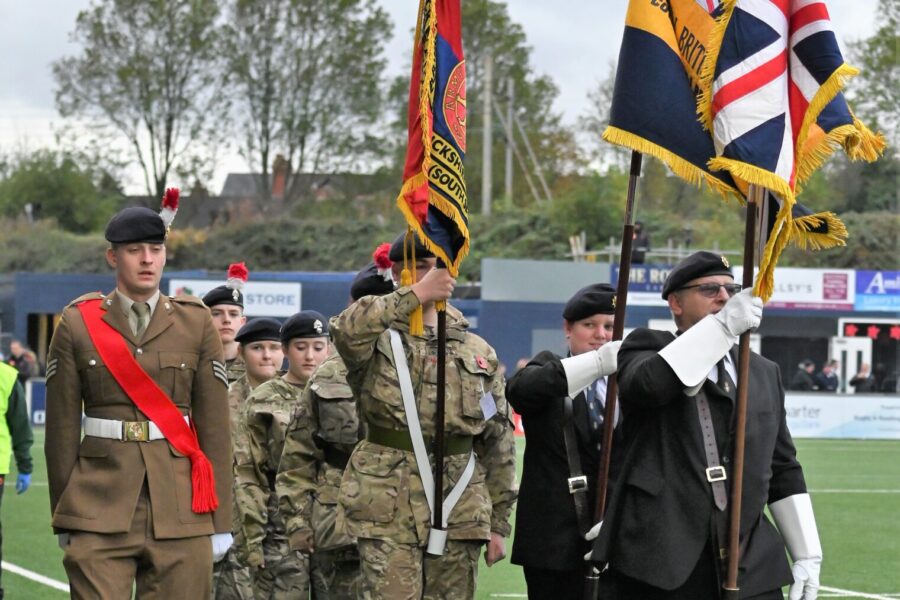 Today Coventry Rugby conducted a two minute silence at 11am on the 11th day of the 11th month to markArmistice Day and to honour those that gave their lives fighting for our freedom. The Armistice, an agreement to end the fighting of the First World War as a prelude to peace negotiatons that began at 11am on the 11th of November 1918.

As the closest match to Armistice Day and Remembrance Sunday, Coventry Rugby also conducted a remembrance service on the 6th Novemember prior to kick-off at the Coventry vs Nottingham fixture. The crowd and both teams took part in a minutes’ silence whilst Executive Chairman Jon Sharp laid a poppy wreath on the field alongside Gnr Senitiki Nayalo (sponsored by Malvern Carvell).

“Coventry Rugby has always had  a special relationship with the Armed Forces” Jon Sharp commented. “It is traditional that not only do we honour the fallen at our own home game closest to the eleventh of the eleventh, but also that we join the Lord Mayor’s parade in the War Memorial Park, laying a wreath at the memorial itself, which I shall be doing on behalf of the club this coming Sunday. We shall not forget”.