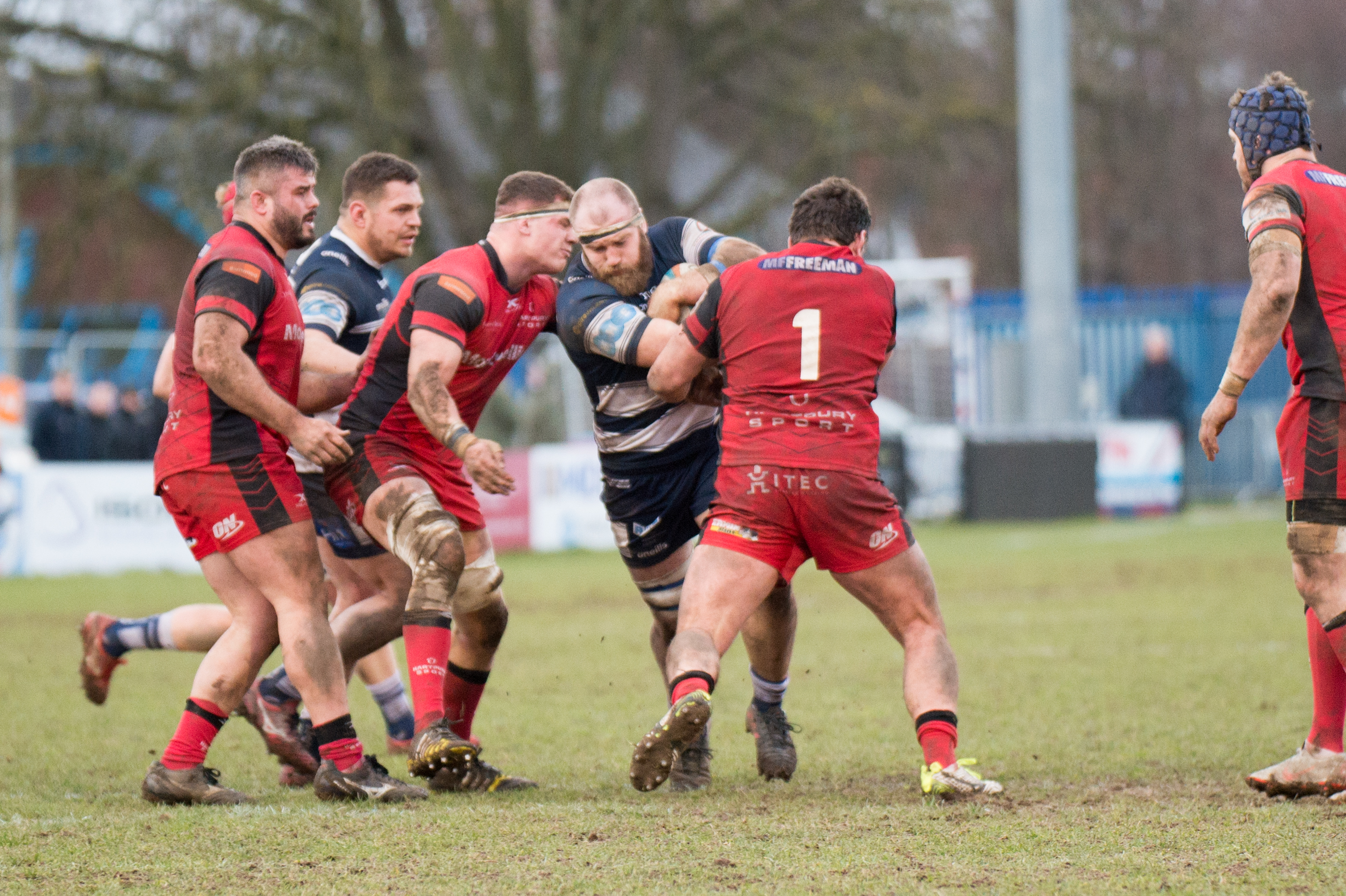 He joins Ben Nutley and Ben Adams plus locks James Voss and Alex Woolford in a back five offering plenty of pace, power and lineout options.

They pack down behind a front row featuring Samoan international Donald Brighouse, Scott Tolmie and new signing Gerard Ellis who makes his home debut on the loose head.

Behind the scrum half-backs Pete White and Dan Lewis bring plenty of attacking verve inside a same-again centre partnership of Heath Stevens and Rob Knox.

Tongan international David Halaifonua, who wears the No.15 shirt, is joined in the back three by Andy Bulumakau and the pacy Tom Emery. The 20-year-old returns from Northampton for a second loan spell having previously claimed six tries in ten games during the Blue-and-Whites’ National One promotion campaign.

“We had our worst performance of the season so far away at Richmond earlier in the season so we definitely owe them a better one this weekend.

“They are a good outfit whose set-piece is useful – but we learned a lot that day and a lot more Championship hardened now.

“They don’t get enough credit for what Steve Hill, his staff and team do with very limited time which will make Saturday a tough one for us.

“We’ve picked a team to raise the tempo and we hope we will see the benefits of that plus a very strong bench back in front of our home support.”

Advanced tickets for tomorrow’s IPA Greene King Championship clash with Richmond, preferentially priced at £18 (seated), £15 (standing) and £2 (ages three to 16) are available before 4pm today from the Butts Park Arena ticket office on 02476 231001.