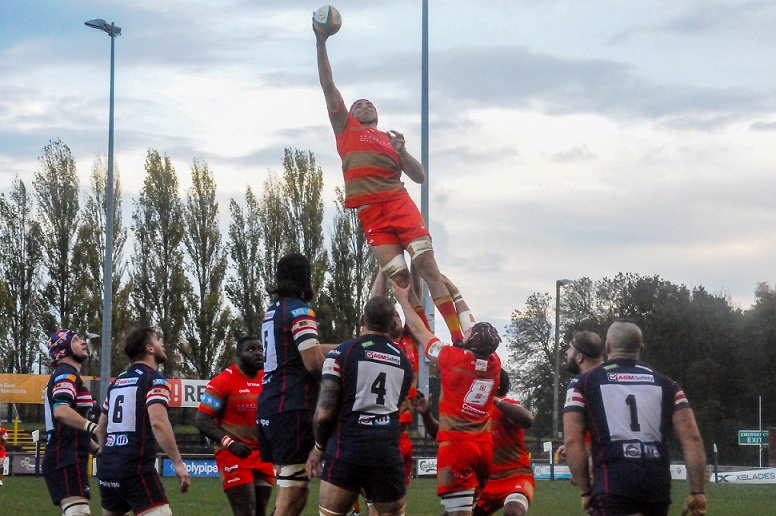 Director of rugby Rowland Winter and his coaching team have “pressed the reset button” in preparation for Saturday’s round 20 Greene King IPA Championship home game against Nottingham.

But with trips to Doncaster and Jersey to follow, the East Midlanders are the final Butts Park Arena visitors of the season and Winter said the ten days since the Blue-and-Whites’ defeat in Leeds have been used to good effect.

“We’re looking for a big improvement on last month when we know we had a dip in form,” he said.

“We’ve used the last week to break down our game against Carnegie, identify the faults then build things back up incorporating some improvements.

“It’s not the first time we’ve had to press the reset button this season and we’ve responded well previously.

“Confidence has been a bit low but there’s plenty of reasons to be excited about facing Nottingham in the final home game of the season.”

In addition, Alex Woolford is back from suspension and challenging for a second-row shirt, and according to Cov’s boss a number of other players are also in contention for places in the matchday 22.

“The starting line-up will be reflective of performances in recent weeks,” he said.

“It may therefore be that we make a few changes and give opportunities to lads who deserve them based on their performance in training.

“We haven’t been good enough in the setpiece over the last month, so we have to get that right after which we can think about what we do with the ball to challenge Nottingham defensively.”

Having lost only a handful of 40-plus home games since he took over in 2016, Winter has challenged his current squad to end their BPA campaign with a strong display against opponents with whom they have become very familiar this term.

“It is important to finish off our home season with a win for many reasons – including the points and the league table as well as for the fans and our own confidence,” he said.

“Our home form has been pretty good over the last three seasons although it has taken a bit of a knock this year against London Irish, Doncaster and Ealing.

“We beat Nottingham at home in the cup, lost to them in the away game then drew there in the league, so it would be nice to get the win that would also possibly enable us to climb a couple of league places.”