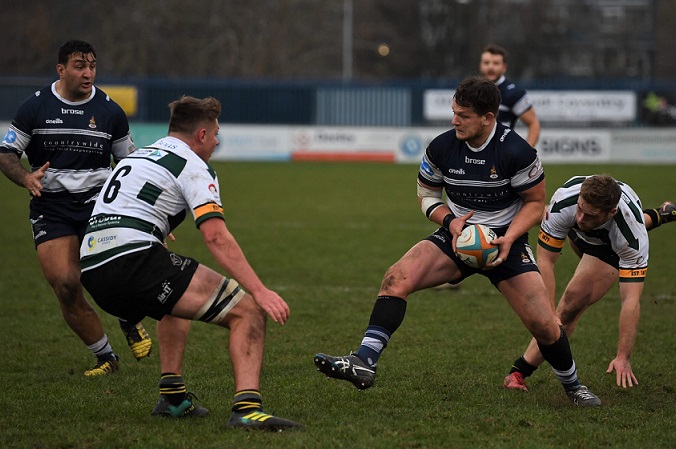 The former Gloucester and London Irish hooker suffered a bicep injury during pre-season which sidelined him until November, since when he has made five appearances in the Championship Cup.

He joins skipper Phil Boulton and Charlie Beech in the front row, behind which James Voss partners George Oram at lock while Tongan internationals Dan Faleafa and Jack Ram accompany Adam Peters in the back row.

Cov’s coaching group also name a Tongan World Cup squad contender on the left wing, where fit-again David Halaifonua, who makes his first start since mid-October, features alongside Max Trimble and James Stokes in an exciting back three.

Doncaster face the same midfield trio that started the pre-Christmas draw at Nottingham, while Pete White is named at scrum half.

This means Tom Kessell rotates to the bench, where he is joined by Andy Bulumakau plus five forwards including Harlequins loan prop Josh McNulty.

“We’ve played Doncaster twice already, and having them in the cup period was helpful from the point of view of getting to know them.

“Clive Griffiths is pretty no-nonsense in his approach to rugby and they have some big boys, like Rory Pitman, Josh Tyrell and Ollie Stedman who fit well with that.

“We have one of the strongest 22-man squads we have named for a long time and I am excited to see them run out at home and take them on in front of a packed Butts Park.”