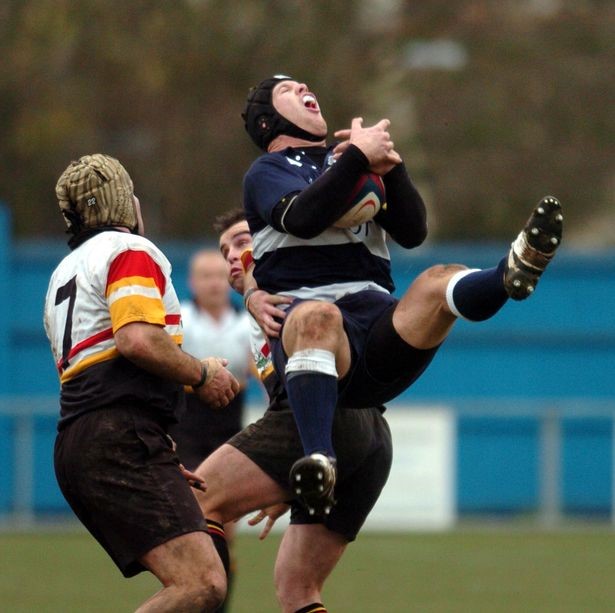 The Canadian national team’s visit to the Butts Park Arena next Monday (7.30pm kick off) ahead of their World Cup qualifiers against Germany, Kenya and Hong Kong promises to be a memorable rugby occasion.

But it is also one tinged with sadness, since during the evening the men in red and those of a blue-and-white hue will jointly remember and honour John Cannon, who passed away in March 2016.

The hard-hitting and extremely popular centre wore both shirts with great distinction. He won 31 Canadian caps in a career which included a World Cup starting appearance against New Zealand directly before his two-year stint at Coventry.

Cannon was part of a Cov Canadian connection which began in 2002 season with the signing of second row Kevin Whitley, then continued after the Australia World Cup with the arrival of Cannon plus fly half Jared Barker, No.8 Leif Carlson and another midfielder, Nik Witkowski.

After a three-year gap, back-rower Aaron Carpenter and three-quarter Phil Mackenzie renewed Cov’s Canadian link in 2009, and more recently winger James Pritchard became one of Rowland Winter’s early recruits and fly half Robbie Povey one of his most recent.

However, it is to Cannon that the thoughts of many Cov stalwarts – both on and on the pitch – will turn as the Canucks run on to the Butts on Monday evening.

He then joined Rotherham, scoring eight tries in 20 games for the Clifton Lane club, before joining Cov as a 22-year-old immediately subsequent to his outing against Tana Umaga et al. 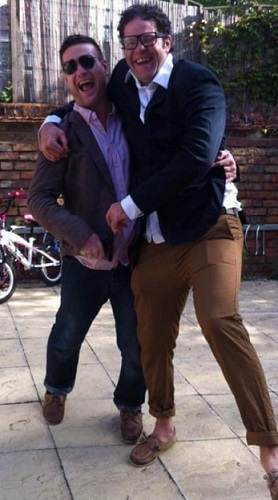 During his time in the Midlands, Cannon formed a close bond with Ben Gulliver, then a young second row, now, by way of Plymouth, Cornish Pirates, Worcester and Bedford an integral part of Coventry’s thriving community programme.

Gulliver has many fond memories of the friend he refers to simply as JC, who he said made an instant impression both on and off the field.

“In those days the Cov bus back from away games was pretty boozy, and John and I got to know each other returning from an away trip to Yorkshire,” he recalled.

“We became very close, training together in the day then going out in the evenings in Leamington which was where the Canadians lived while they were here.

At the end of that season JC was really keen that I went to Canada, and Jared was getting married in Hawaii, so I had John as my tour operator finding the cheapest way for me to go around North America. It was three-and-a-half weeks of amazing times.

“Everyone will remember John off the field as a real party guy, but also someone who could go into any circle and be comfortable.

“On the pitch, John was a very abrasive, tough No.12 who ran and hit hard, but also distributed well. He wasn’t just a straight up-and-down centre, he had a lot of ability.

“He was one of Canada’s youngest-ever players, and very highly respected within their team. If it wasn’t for the rules around numbers of non-English qualified players, I’m sure he would have been picked up by a Premiership club – Gloucester certainly had a good look at him.

“He was a real fans’ favourite at Coventry during the season-and-a-half he was here, and also at Doncaster where he went afterwards.” 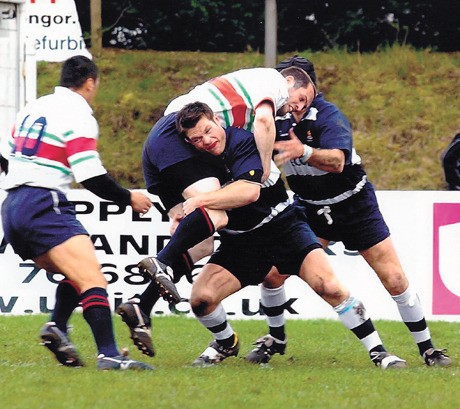 Ben Gulliver in action for Coventry

After being named in the 2004 and 2005 National One (as the Championship was then known) dream teams, Cannon moved back to Yorkshire with Doncaster, and in 2006 Rugby World Magazine described him as “perhaps the best centre in England outside the Premiership.”

But aged just 26, Cannon’s playing career was abruptly and cruelly ended prior to his country’s France 2007 campaign when he was advised by doctors to retire following a series of head injuries.

Cannon returned to British Columbia as a financial advisor in Penticton prior to working in his native Abbotsford for an IT company in a business development role. Tragedy then struck, as at the age of 35 and without warning, Cannon suffered a fatal heart attack.

“Jared messaged me saying “this is not a joke, JC has passed away,” and I couldn’t believe it,” Gulliver recalled.

“I drove an hour from Welwyn Garden City to Bedford and was beside myself in floods of tears, asking why and how and what had happened.

“It is all still very raw for his family, girlfriend Christina and friends. Every time I come into the club at Coventry and see his name on the honours board I am reminded of him and of going to his funeral to take messages on behalf of the English clubs he played for.

“This match is a special occasion. I know John’s dad Peter will be here, and I’m sure for a lot of people it will bring some fond memories flooding back.”

Watch a moving tribute to John Cannon below:

Advanced tickets for Coventry v Canada, preferentially priced at £8 (free for those aged 16 and under) are available before 4pm on Friday from the Butts Park Arena ticket office on 02476 231001.