Coventry Rugby giving an opportunity for Saints prop to shine 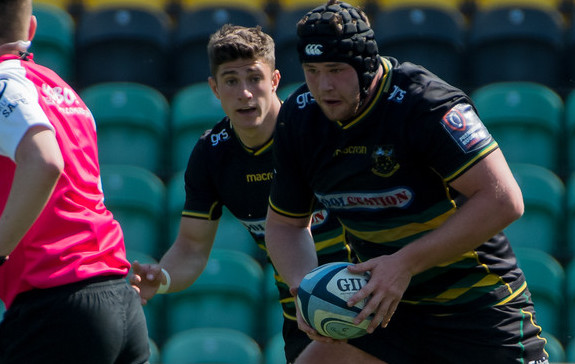 Coventry Rugby has today announced that Toby Trinder will be dual registered with the Championship club for the 2019/20 season.

The 21-year-old loosehead prop has come through the Northampton Saints Academy system, representing England Under-20 in the 2018 Six Nations and World Rugby Under-20 Championship.

Trinder made his first outing in the blue and white hoops in last weekend’s pre-season warm-up away to Leinster and impressed Director of Rugby Rowland Winter.

“Toby showed against Leinster that he has the ability to make a positive contribution to the team,” he said. “Prop is a position where we need strength in depth and having Toby available to us throughout the season will be good for the squad. He has had a good attitude in training and slotted in well with the rest of the players, and we’re looking forward to seeing him develop.”

Trinder has been included in the starting line-up for tomorrow’s pre-season warm-up away to Birmingham Moseley. Kick off at Billesley Common is 7:30pm.