Coventry Nighthawks name side for Blood and Sands clash 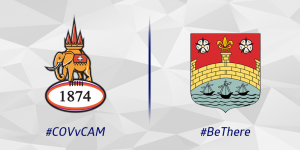 Ross Stewart has made seven changes to his starting line-up from the sides win over Bishop’s Stortford at Silver Leys last week.

Coventry Nighthawks will face up against National League One opponents Cambridge this evening at Butts Park Arena (kick-off 7:45pm).

Rob Knox, Andy Bulumakau, Jake Sharp, Nathanael Titchard-Jones, Jack Preece and Ben Adams all drop down from the first XV squad and add strength and depth to the Development side for this encounter.

Tim Bitirim retains his spot at full-back after a handful of impressive performances in Blue and White since joining in the summer and he is joined in a back three with Coventry kid Rob Knox and Joe Lane.

Ben Palmer also retains his spot but moves to inside centre and is joined by speedster Andy Bulumakau in the middle of the park.

Likewise, Dave Brazier keeps his spot after scoring against Stortford and will make a new partnership with Jake Sharp, who featured during Coventry’s 43-21 win over Leinster Development on Saturday.

Experienced first team prop Titchard-Jones joins Will Priestley and Jack Higgins in the front row as the duo look to put in another good performance against a National One side.

There is no change in the second row as Cameron Gray and Fred Betteridge look to build upon their performances during pre-season, and a new-look back row will see Jack Preece and Ben Adams joined by Sam McNulty.

The short-term injuries include Scott Russell, Olly Povoas, George Oram, Max Trimble, Louis Roach who are progressing really well and should return to play at various points within September.

Facing a longer-term rest is Nile Dacres who has unfortunately suffered a ruptured Anterior Cruciate Ligament (ACL) against Birmingham Moseley and will have reconstructive surgery shortly, meaning he is unlikely to play a part in this season’s Greene King IPA Championship campaign.

“Nile is a big loss for the team, I am gutted for him, but I know he will work hard over the next nine months to maximise his rehabilitation so that he is raring to go for next pre-season.

“Nile is also a talented coach, and the time out from the game allows an opportunity for him to progress his coaching – which we are looking forward to supporting him with.

Darren Dawidiuk has undergone surgery today to repair a ruptured bicep that he suffered against Leinster last weekend.

“Dukey may be out for around 8-10 weeks, but I know he will come back stronger as he is an extremely hard-working professional in all that he does – in the meantime, his character and experience will be great support for our pack as we kick start this league campaign.” 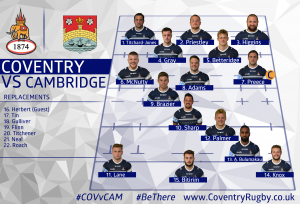