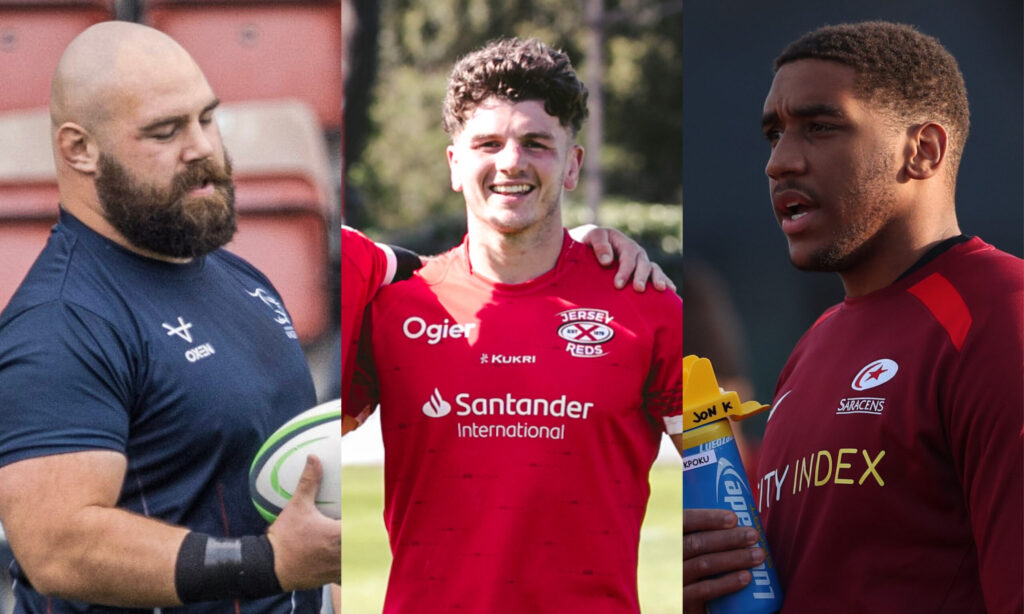 Coventry Rugby has announced three new signings into the club’s group of forwards ahead of the 2021/22 season.

Jones, 25, played 29 times in a two-year spell at Sale before moving to Doncaster in the summer of 2020, where he played in all the Knights’ Championship matches in the campaign just gone.

Jones won Wales Under-20 caps and came through the Sale Academy, before short periods at Cardiff Blues and Perpignan, where he won the Pro D2 in 2017/18.

Kpoku turned 22 in late June but has packed in plenty of rugby in his short career to date. He made his England Under-20 debut against the Junior Springboks at Butts Park Arena in spring 2019, at the end of a season in which he made his first team debut for Saracens in the Premiership Rugby Cup.

Kpoku also played rugby league as a junior for London Skolars in his teens and was loaned to Ampthill as they were promoted to the Championship and then establishing themselves in the second tier.

Also making the move to Butts Park is Josh Bainbridge, a 25-year-old flanker. Bainbridge has spent the last two seasons in Jersey, where he was a regular for the first team, playing 28 times.

Bainbridge previously spent all his career at Yorkshire Carnegie, where he played 86 times over five seasons. As with Jones and Kpoku, Bainbridge has international Under-20 honours to his name, having played in England’s title-winning World Under-20 Championship campaign in 2016 at the end of his second season at that level.

Director of Rugby Rowland Winter says that the experience the trio brings will be important to helping Cov challenge at the top end of the Championship table.

“We’re delighted to have secured Joe, Jon and Josh ahead of next season,” he said.

“We have had some big gaps to fill in the pack, but we have full confidence that all three have the experience and talent to take us to another level in our forward play.

“Joe will significantly add to our front row group and give us another strong carrying option, Jon is an exciting young player with lots of potential, and Josh will give us a real edge and his competitive nature will drive the group.”

“They’ve all impressed us whenever we’ve played against them, and I’m looking forward to seeing them contribute to our group as we build towards the new season.”

2021/22 Membership packages will be announced very soon! Keep your eyes on this website for more details!