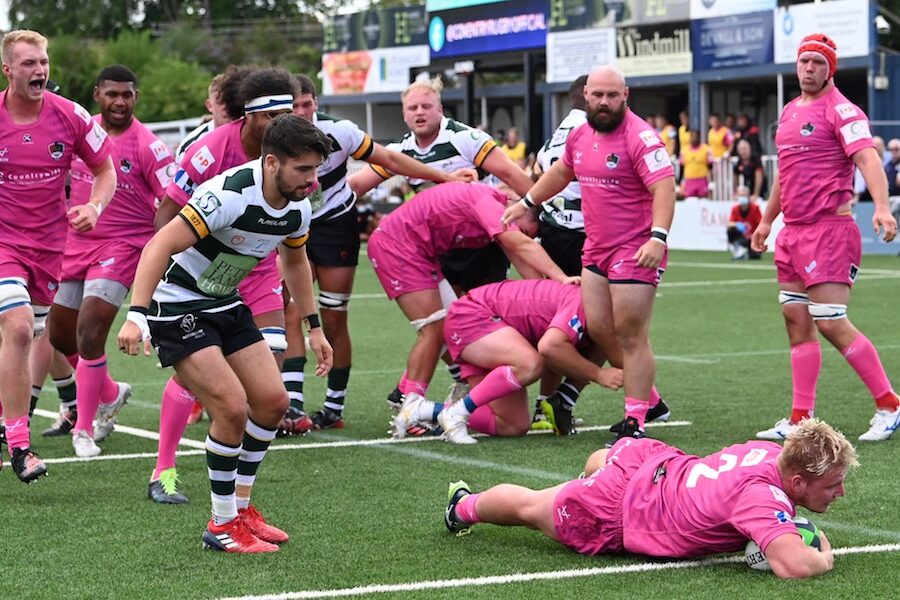 Coventry made the most of perfect conditions to put 10 tries past Nottingham in the first of the trio of pre-season friendlies at Butts Park Arena. Here are our pick of the moments which mattered…

Speedsters scythe for second half spectacular

In normal circumstances a pre-season score would not make the short-list for try of the season, but this year we might have to make an exception, as Tom Emery’s second half effort will live long in the memory, for both the fans in the stands and those who will watch it on social media.

A Nottingham lineout 10 metres out from Cov’s line was turned over, and after an initial run had pulled in some defenders Tony Fenner spotted a mismatch and sent the ball wide. Rob Stevenson stepped off his right foot and turned on the afterburners before showing fantastic awareness by taking out three defenders with his pass to Emery.

There was still plenty to do with a covering player there, but Emery still managed to get to the line to round off a fantastic 30 seconds of action.

Thirty-two points and six tries brought the applause from the stands at the half-time whistle, but perhaps even more importantly it was the score on the other side of the big screen which caught the eye.

Not only were Nottingham nilled in the opening 40 minutes, but Cov denied the visitors even a sniff of the try line. The closest Nottingham came was when the ball rebounded back from Josh Barton to the five-metre line, but with the scrum-half recovering possession and the chasing Nottingham player penalised at the breakdown the chance was fleeting.

Nottingham did score twice after the break, but even then one of their tries had to be a scrambling effort after Cov had piled on the pressure to force the visitors back 15 metres from the home try line.

Ollie Betteridge may have scored, but brother Fred was the first to catch the eye with a sensational break from the base of the scrum which even outpaced the backs who had started their supporting running lines.

The number eight had had no rugby in the 2021 campaign with no opportunities for dual registration with the National Leagues having been cancelled, but he showed the benefits of six months’ conditioning and work on the training paddock by anchoring a strong second half effort from the back row.

Also in the second half, some sharp offloading from front rowers Luc Jeannot and Joe Richardson points the way to an all-court attacking game for the blue and whites. The club has been known for its back play in recent seasons, but if the forwards can get over and through the gain line with offloads and powerful straight running then this will cause problems to many teams in the Championship.

No mercy against a man down

Josh McNulty’s yellow card came in the 30th minute, but instead of cruising to the interval Cov increased their intensity to punish the Nottingham prop’s indiscretion.

Already leading 17-0, Cov immediately drove Max Norey to the whitewash for the hooker’s second try, before letting the backs take advantage of the extra space.

Emery’s finish was outstanding, showing balance on the touchline and pace to get past the defence, and then Louis Brown was one of several men in pink who could have finished off a 60-metre attack as Cov made the most of a free play with a penalty advantage at a scrum on their own 10-metre line.