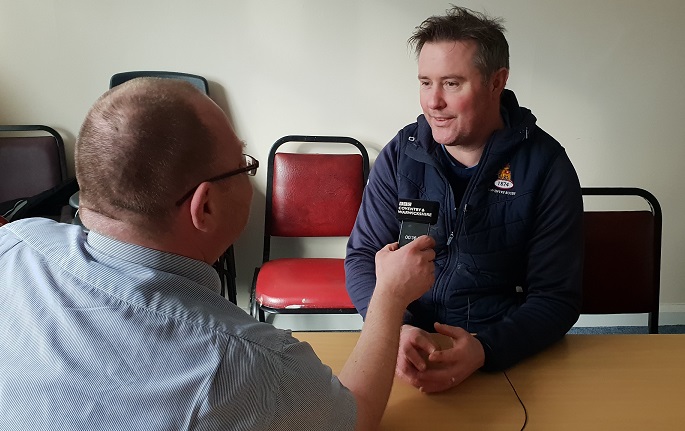 Having almost broken their away-day duck in the pre-Christmas draw at Nottingham, Cov recovered from a disappointing defeat against Doncaster to claim an eighth win in ten home league and cup outings last time out.

And Walshe believes a more-of-the-same approach with enhanced accuracy will give the Blue-and-Whites every chance of completing their first ‘double’ of the season.

“We don’t need to change too much – we just need to ensure we do what we did last week better,” he said.

“We know we will have to defend well, as Bedford traditionally throw everything at away teams at Goldington Road and look to score tries.

“We also need to make sure we play in the right areas of the field and keep our attack going with ball in hand so we keep pressure off ourselves.”

After arriving on the field in the 46th minute hooker Scott Tolmie claimed both of Cov’s tries against the Pirates while Latu Makaafi and Heath Stevens were among a number of players that emerged from the bench to make a mark in the closing stages.

Walshe praised the contribution made by all seven of his team’s replacements and noted the extent to which rugby in the Championship is about much more than the starting XV.

“The bench came on and performed exceptionally well last week which was really pleasing,” he said. “It was a real team effort – everyone in the 22 made a contribution to what was a really important win.

“The 15 guys who start fit best with what the team needs that week, but the ones who come on often still have a massive job to do. Having quality and experience of the type we had coming from the bench last week makes a huge difference.” 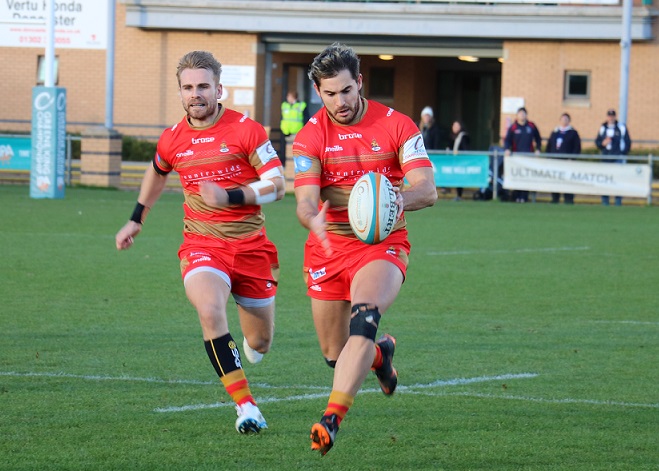 Cov hope that winger Max Trimble’s groin strain and fly half Will Maisey’s ankle knock will have eased enough for them to face the Blues on Saturday, although full back James Stokes is ruled out by the knee injury suffered against the Pirates.

Jack Preece and Sam Tuitupou are also expected to return to action shortly after respectively recovering from knee and hamstring problems.

Bedford sit two league positions and ten points above Coventry having won six of their eight league and cup home games so far this season.

It is a club well-known both to Walshe – who was player-coach there in the late-noughties – and a number of Cov’s players, as a tricky location for visiting teams.

“Bedford are very strong at Goldington Road where they don’t lose many games so it will be a massive challenge for us,” the former England No.9 said.

“Their DOR Mike Rayer will be smarting after their loss at Jersey, but they beat Ealing at home the previous week and will be ready for Saturday.

“They have a big, physical pack this season and look to play at high tempo. We also want to play good rugby and score some tries, and will go there with what we believe is the best game-plan for us.

“There will be a big crowd including plenty of Cov fans so we’re all really looking forward to it.”

Coventry have also confirmed that prop Biyi Alo has been loaned to Wasps on a short-term basis.

Advanced tickets are now available for the Coventry Rugby Development XV game against British Army ‘A’ on Tuesday 29th January (7.30pm kick off).