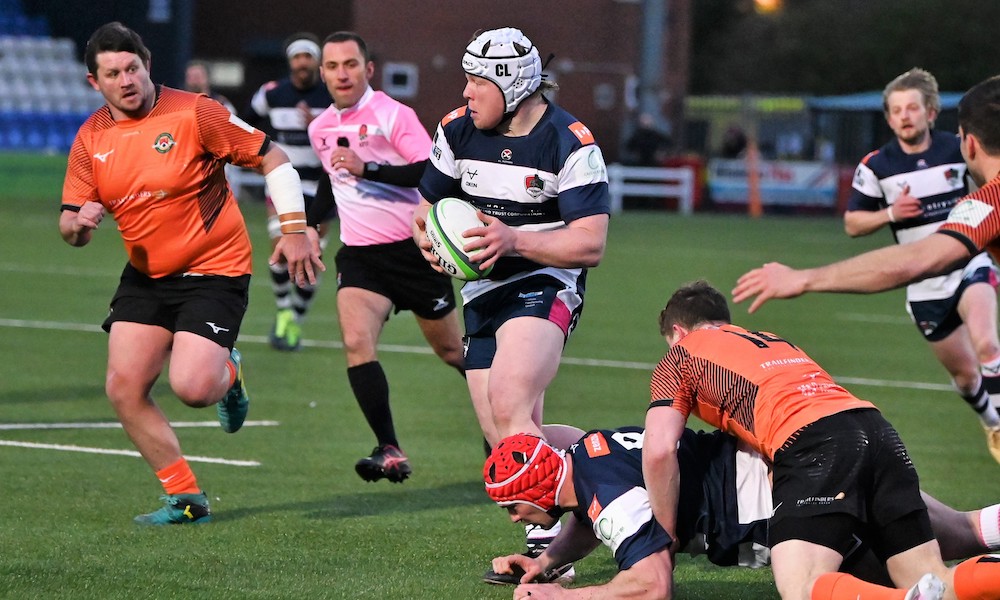 The 21-year-old has caught the eye in the opening three rounds of the Greene King IPA Championship, in the right place at the right time to finish off powerful mauls from the rest of the forwards to dot down three times.

This attracted Leicester’s attention, with the Tigers meeting the financial commitment required to sign Dolly, and the Australian-born hooker moves to Welford Road with immediate effect.

Director of Rugby Rowland Winter has moved quickly to replace Dolly, 23-year-old Jordon Poole joining from Exeter Chiefs on dual registration until the end of the 2021 campaign.

Poole played half-a-dozen times for the Chiefs in their 2019/20 Premiership title-winning season, and will be available for Saturday’s Greene King IPA Championship trip to Nottingham.

“Obviously we’re disappointed to lose Nic, but wish him all the best for the next stage of his career at Leicester,” Winter commented. “However we’re pleased to welcome Jordon Poole to the club for the remainder of the season. Our pack as a whole has been playing well this season and Jordon’s experience from the top end of the Premiership can help us improve even further.”

Winter has also brought in World Rugby Under-20 Championship and Under-20 Grand Slam winner Sam Aspland-Robinson to add depth in the back three, where Callum Sirker is out for a number of weeks and James Martin is still working his way back to fitness. Dan Lewis, who would also be able to play at full back, is also out of contention with injury for the foreseeable future.

Another relatively new face to arrive at Butts Park is loosehead Kai Owen from Worcester Warriors, who played in the final pre-season warm-up against Saracens. Owen, 22, is also dual registered until the end of the 2021 campaign.

“We’re bringing in players to be able to rotate and rest members of the squad who might be carrying a niggle,” Winter added. “Sam and Kai play in positions where we need a bit more depth, and we’re looking forward to embedding them in the squad over the next few weeks.”