A warm welcome to Ravai

The 30-year-old, who played in the 2011 World Cup and has won eight caps, has joined from Leicester Tigers and will make his first appearance in a Cov shirt for the Development side at Bishop’s Stortford on Saturday. 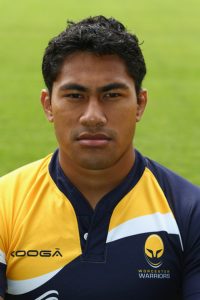 Fatiaki spent five seasons at Worcester Warriors where he made 51 appearances, and – serving in the British Army – played one Anglo-Welsh Cup game for Tigers this season.

“I’m delighted that Ravai has joined us from Tigers,” said director of rugby, Rowland Winter. “I felt we needed more options at centre due to Fraser Dingwall’s call up to the England Under-20 squad, and the injuries to Sam Tuitupou, Heath Stevens, and Isaac McNulty.

“He gives us a real boost in midfield for an important part of the season.

“Ravai is a hard-running centre with a great skill set, and he has experience at Premiership and international level.

“He will be a great addition to the team, and I am looking forward to him settling in and adding his quality to the squad.”

Cov have also signed back row Paddy Ryan from Northampton Saints Senior Academy on dual registration until the end of the season.

Said Winter: “Paddy has impressed in training over the last fortnight and played well against the Army last week.

“He is a hard-working, physical back row, and is well thought of in the Academy at Saints. We are looking forward to getting him up to speed and involved in the team shortly.”