We’re off and running!

A GOOD start, but we need to kick on again was how director of rugby Rowland Winter assessed yesterday’s 63-20 win at Hull Ionians on the opening day of the National League One season.

Cov found themselves 14-3 down after only eight minutes and lost half-backs Pete White and Tony Fenner to injuries by the end of the first quarter, but they steadily took control to lead at the break and dominated the second half to score 38 unanswered points.

“It’s good to get an away win on the board and to start the campaign with a comprehensive win like that,” said Winter.

“We knew Hull would have a good 30 or 40 minutes and I think we gave them a little bit too much respect early on. We were a bit sleepy, but we weathered that storm and our ability came through.

“I was really pleased with the second half in particular, 38-0 was an outstanding response after a stuttering start.

“I’m pleased with our discipline, only giving away seven penalties, and our handling errors decreased as the game went on, we sharpened up and tidied up our game a little bit.

“I wasn’t concerned early on because we’ve got plenty of experience and leaders who can calm that group down, pinpoint areas for us to work on and make sure that we grind our way back. Those forward drives were outstanding to get us back in front, it is a real weapon, and we grew in confidence and took control of the game.

“The scrum is a consistently good area for us and again, I don’t think that we got the full reward we deserved there, but I’m happy overall.”

The early changes certainly weren’t in the script, but the way Cov responded to the setback certainly underlined the strength of depth in the squad.

Added Winter: “In this heat we wanted to hold some of our replacements until later in the game so it was never our intention to make early changes. A lot of the outside backs went 80 minutes when normally we’d have changed round a little bit, but to have Dave Brazier and Will Maisey on the bench is not a bad option for us and they both came on and controlled the game really well.” 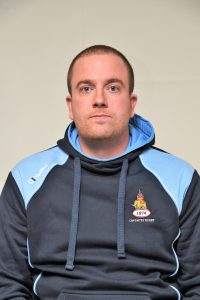