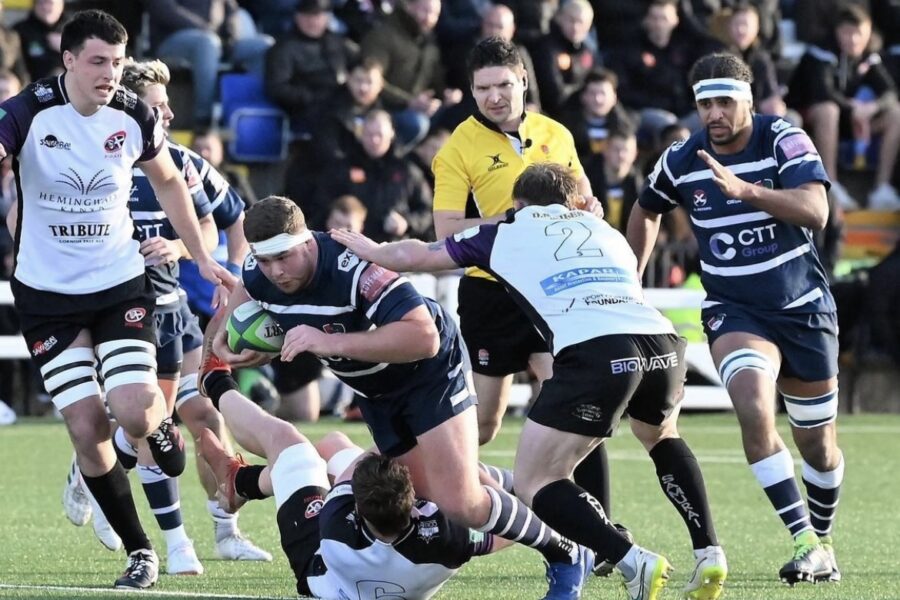 Coventry Rugby is delighted to confirm the re-signing of prop forward, Toby Trinder, ahead of the 2022/23 campaign.

Having initially joined Coventry on loan from Northampton Saints during the 2019/20 season, Trinder made the leap to ‘Full-time Cov Skin’ before the start of the 20/21 campaign and has been loving life ever since:

“The bond we all developed between players, staff and fans which was especially noticeable in our cup run and the final in London, as we grew throughout the season, was something I felt really proud to be a part of and was something I really want to continue building on in the future.”

Having started the Championship Cup Final against Ealing at the end of last season, Trinder was an important and heavily utilized part of the playing group during the 2021/22 campaign, and Head Coach, Alex Rae believes the young prop is only getting better:

“He was a big part of the team last season, but we believe there’s so much more to come from Toby and we’re excited to help him develop further and become the stand out loosehead in the championship.”

Everyone at Coventry Rugby is looking forward to seeing Toby, and the rest of the squad back at Butts Park Arensa ahead of next season.