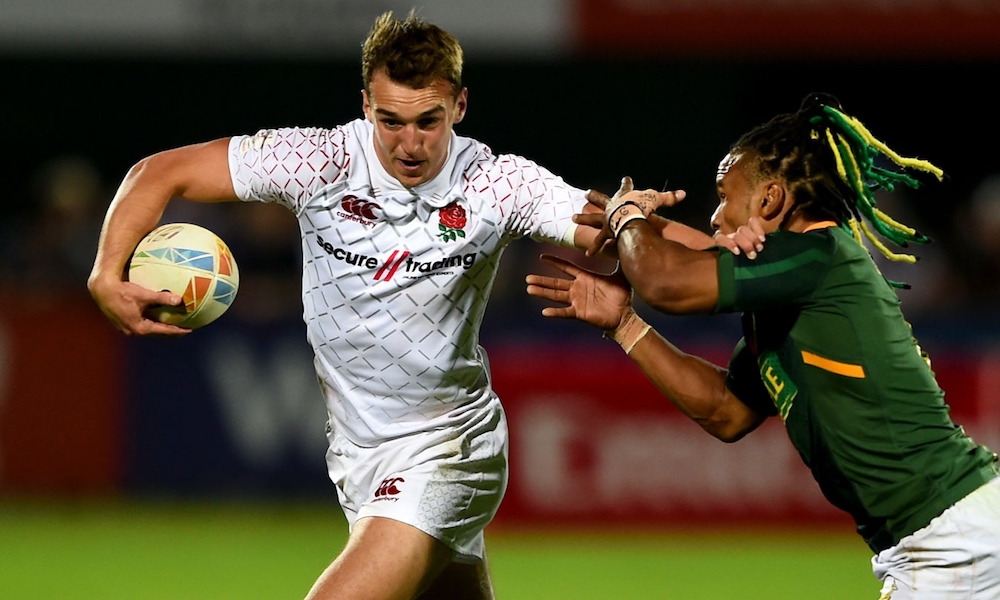 Coventry Rugby has announced that Tom Emery will be returning to the club for the 2020/21 season.

The 22-year-old is a familiar face for Cov supporters, thanks to his scoring exploits during the league-winning season of 2017/18. Emery’s six tries in 10 appearances helped Cov secure the National League One title and promotion into the Greene King IPA Championship, and the winger was back in blue and white the following season, too, getting two further run-outs in the first team.

Emery was loaned to Cov on both occasions by Northampton Saints, where he had progressed through the club’s Academy system.

However the plethora of wingers at Franklin’s Gardens saw Emery’s opportunities limited, but he showed his class, pace and eye for a try when he was called into the England Sevens squad towards the end of the 2018/19 season.

After impressing on his international debut in the London leg of the World Rugby Sevens Series Emery joined the full-time group for the 2019/20 campaign, playing in Dubai, Cape Town, Los Angeles and Vancouver before the Coronavirus pandemic brought a premature end to the season.

Emery will be spending the next few weeks in Bermuda as part of the London Royals squad in the inaugural World 10s Series.

While he is primarily a back three speedster, Emery came through the Academy structures as a scrum-half, and this versatility means he will be a good addition to the Cov squad, according to Director of Rugby Rowland Winter.

“We’re delighted to be bringing Tom back to Butts Park Arena,” he said. “He impressed during both of his previous spells at the club and won a lot of admirers among the supporters and coaches alike.

“With a smaller squad his experience across a number of positions will give us depth, and the time he has spent on the World Rugby Sevens Series has shown that he’s got the appetite and quality to succeed at a very high level.

“We’re looking forward to working with him again during the season ahead, and who knows, maybe Tom could also become our first ever Olympian in 2021!”