Grove is one of eight new signings in a starting XV that is supported by a Development Academy-led bench of 13 players.

Cov, who opened with a 48-19 win at Leicester Lions last week, are away to Championship side Jersey Reds on Saturday.

“Last week was a great way to get started, we won the game convincingly but, more importantly, we began to put into place the key parts of our game,” said director of rugby Rowland Winter.

“Now that we’ve had a bit of game time, I expect to see the players continue to build on last week’s performance and begin to demonstrate what they will add to the team this year.

“Nuneaton had a great season last year, narrowly missing out on promotion , so they’ll provide a tough test for us and it will be a good marker for many of our Development players who will feature heavily in the second half.“ 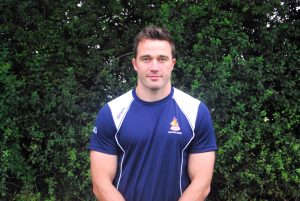