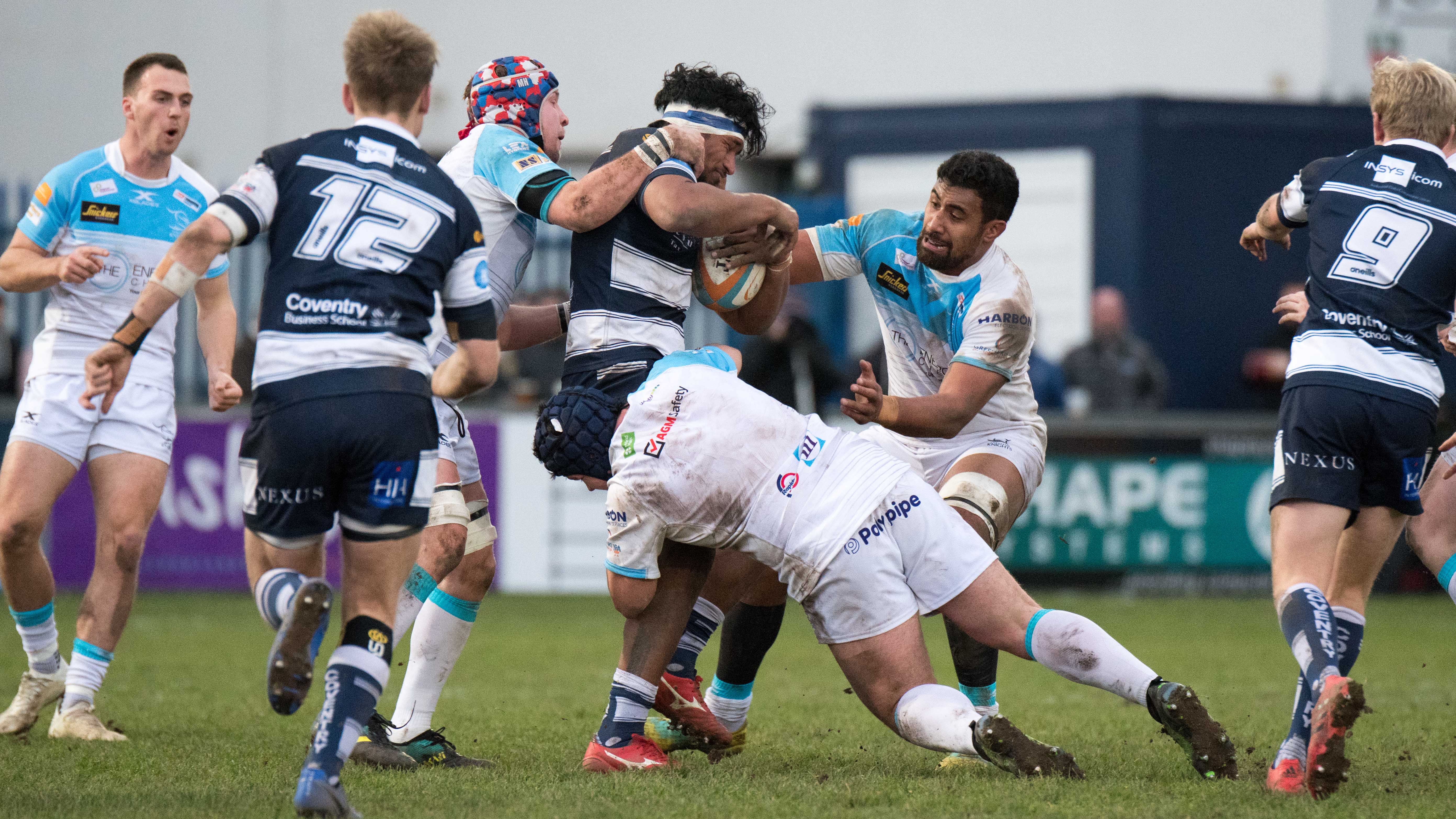 Jack Ram in action against his former club in January (pic: John Coles)

Former Knights centre Will Owen steps into Cov’s midfield for veteran Sam Tuitupou who battled through a full 80 minutes during last week’s agonising last-kick defeat at the hands of Nottingham.

Owen combines with skipper Heath Stevens in the centre outside Will Maisey who again partners Pete White at half back.

David Halaifonua, Andy Bulumakau and Max Trimble form a pacy back three who will look to exploit the fine Castle Park playing surface.

“Doncaster beat us in January at the Butts in the league when we weren’t very well prepared after the Christmas break and they caught us off guard.

“So motivation is even higher than usual this week to get up to Castle Park and win. Over the last three years we haven’t lost very many games, so losing four on the bounce is not a good feeling and very much one we want to change.

“We’ve also had enough of losing away games and know there’s only two more chances to change that and give the fans who have travelled a long way and spent a lot of their money to support us this year something to shout about.”