We are happy to support our Rugby League counterparts with their Friday night game ahead of our clash on Saturday.

The Match will be played at the Butts Park Arena with a 7.45pm kick off under floodlights.

Ticket Price’s are below for this historic match to celebrate 20 years of the Bears and indeed the heritage behind Rugby league in the City from 1910-13. 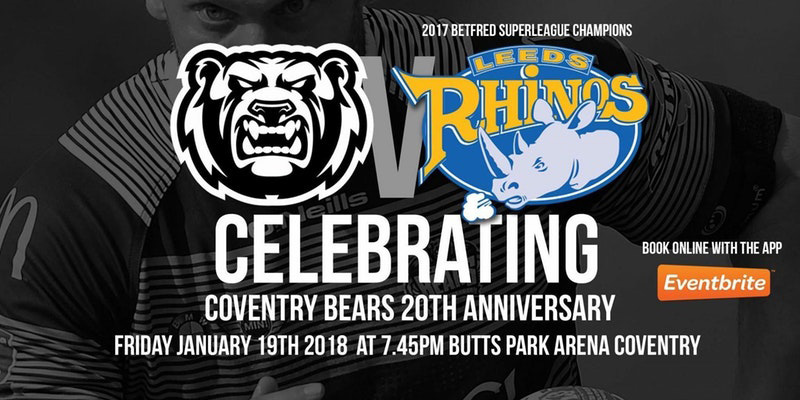 2018 Coventry Bears season ticket holders will get access to this match for free.

For Tickets and information: http://bit.ly/2mgsuqx

The day after sees Coventry Rugby play Esher, with KO @ 3:00 pm. The Butts Park Arena has become a place where visitors have found it hard to score point and the home side score almost at will. 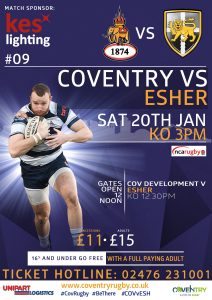 16’s & under – free when accompanied by an adult

Any further information can be found at: https://www.coventryrugby.co.uk/tickets/