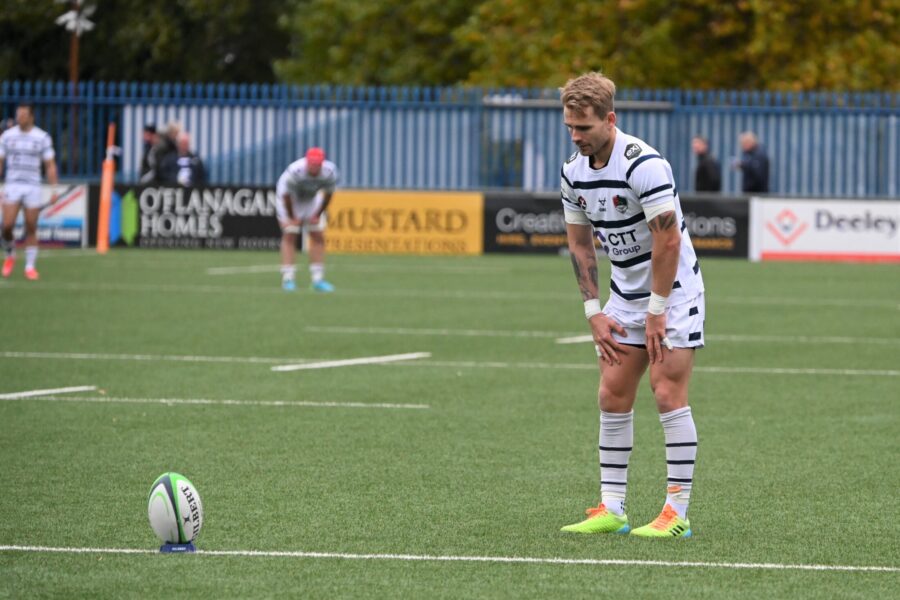 The Coventry team has been named to take on Cornish Pirates in Round 6 of the 2021/22 Championship (KO 2.30pm, The Mennaye).

This week, we see plenty of young talent in the lineup who have climbed the ranks of Coventry’s Senior Academy. After making some impressive plays off the bench in the last few fixtures, back row Fred Betteridge makes his first start for the Blue-and-White’s this weekend. Joining him in the starting fifteen is Louis James and Evan Mitchell with Tom Ball looking to get some game timeoff the bench at The Mennaye.

Shaking up the lineup this weekend, Joe Snow starts at scrum-half alongside Will Owen at inside centre. Coventry great Phil Boulton joining them at tighthead prop.

Jordon Poole and Aaron Hinkley, the duo from Exeter Cheifs remain as part of the matchday 23 having impressed Coventry fans last weekend – particularly Hinkley with his try-scoring debut.

On loan from Leicester Tigers and looking to make his debut for Coventry this weekend is former Scotland Under-20s prop Will Hurd. Hurd joined Tigers after a short spell with Glasgow Warriors in their wider training group.

If you are unable to travel down to support the boys, you can follow along with the action on our live Twitter feed or via the BBC CWR live commentary available on the BBC sport website or app.