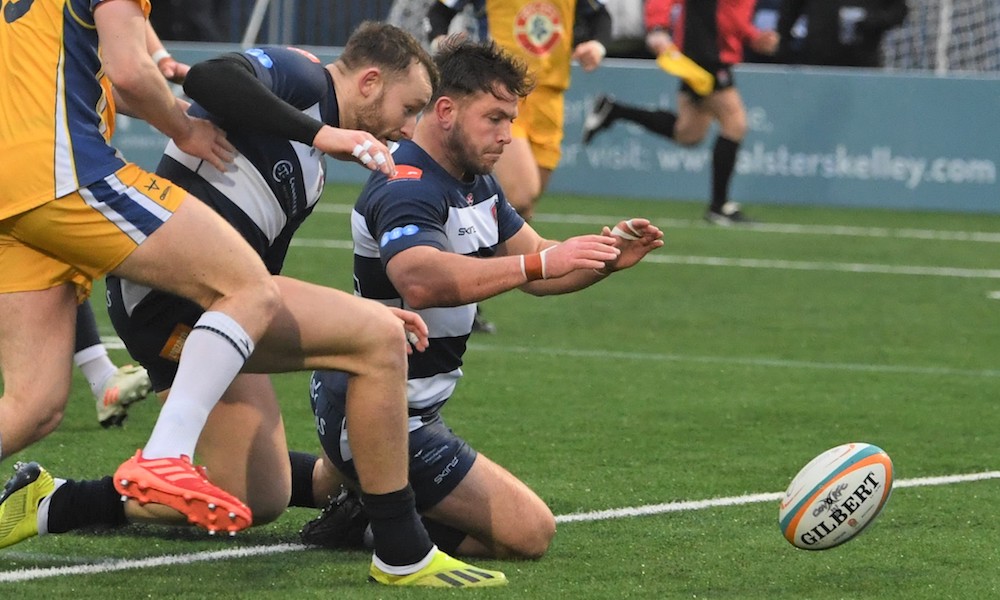 Rob Knox and Will Owen both start on Sunday

The Coventry Rugby team has been named for Sunday’s Championship Cup quarter final away to Cornish Pirates (KO 12:30pm).

Three of the changes made by the coaches are enforced, with Tony Fenner injured and Andy Forsyth and Ryan Olowofela both unavailable having not played in the Cup’s pool stages, something which also applies to Louis Brown and James Martin.

Andy Bulumakau, Toby Trinder, Phil Boulton, Luke Wallace, Ryan Burrows, Pete White and Will Owen all step up from the bench into the starting 15, and there are returns for Darren Dawidiuk, Heath Stevens and Will Maisey.

Sunday’s game is being live streamed from the Mennaye Field as part of Six Nations Sunday at Butts Park Arena, which also includes the Under-18s’ playing the Independent School Lambs (11am) and watching England v Ireland in the company of club, England and Lions legend David Duckham.

Updates from the Mennaye will be at twitter.com/CoventryRugby with live commentary from BBC Coventry and Warwickshire via the BBC Sport website and app.