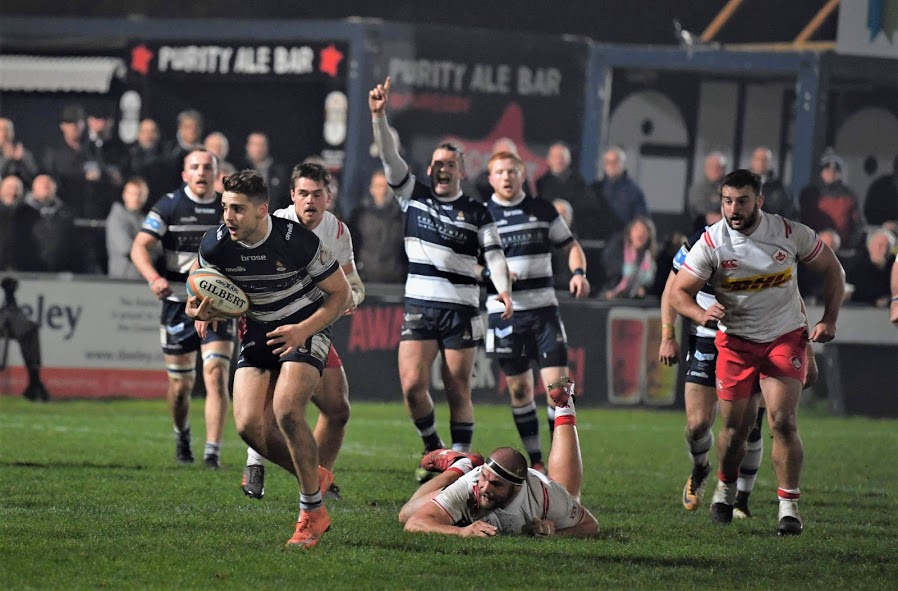 Coventry Rugby have confirmed exciting plans which see their development squad face four top-quality opponents before the end of the current season.

The British Army will bring an ‘A’ team to the Butts Park Arena on Tuesday January 29 after which Premiership Shield outfit London Irish A are scheduled to be February’s opponents (date to be confirmed).

On Wednesday March 13 the RAF’s senior side are the visitors after which Cov’s second string will conclude their season alongside the senior team in Jersey on Saturday April 27.

Development Academy head coach Ross Stewart said he believes these games will allow the club’s promising younger players to build experience in a blue and white shirt without jeopardising their wider development and loan involvement with National League clubs.

“When we started this process, we talked about having one development game per month,” he said, “but while that is great in theory, in practice we found there are also some downsides.

“For instance, when we have a player out on loan at a National League club and playing regular rugby at a good standard, if we suddenly pull them out to play for us in midweek it affects their selection prospects for the following Saturday. Managing the amount of game time individual players have is also really important.

Cov’s development side played four times before Christmas – against Bishops Stortford and Cambridge in pre-season then at London Irish and at home to Canada, and Stewart said all four games were extremely useful.

“The whole experience of going to London Irish’s training centre at Hazlewood was just brilliant for us,” he said.

“When we planned the fixture we thought we would take a much younger team, and it was a really positive reflection on the club, our recruitment and especially our medical team that we ended up with such a strong side.

“We had so many guys fit and healthy and wanting rugby that we had lots of experience alongside the youngsters which was superb for them, as was going to a Premiership standard location and getting a win against a Premiership A team.

“The Canada game was also good – both in terms of the quality of the opposition and again some youngsters getting the chance to appear alongside senior players.

“We are now committed to playing one development match per month from now until the end of the season to give our youngsters a chance to get more minutes in a Coventry shirt.”

The U18 squad which is coached by Phil Boulton, Tom Kessell, Sam Tuitupou and Simon Kidney will also be in action against Moseley, Sale, Nottingham and Leicester during the next two months.