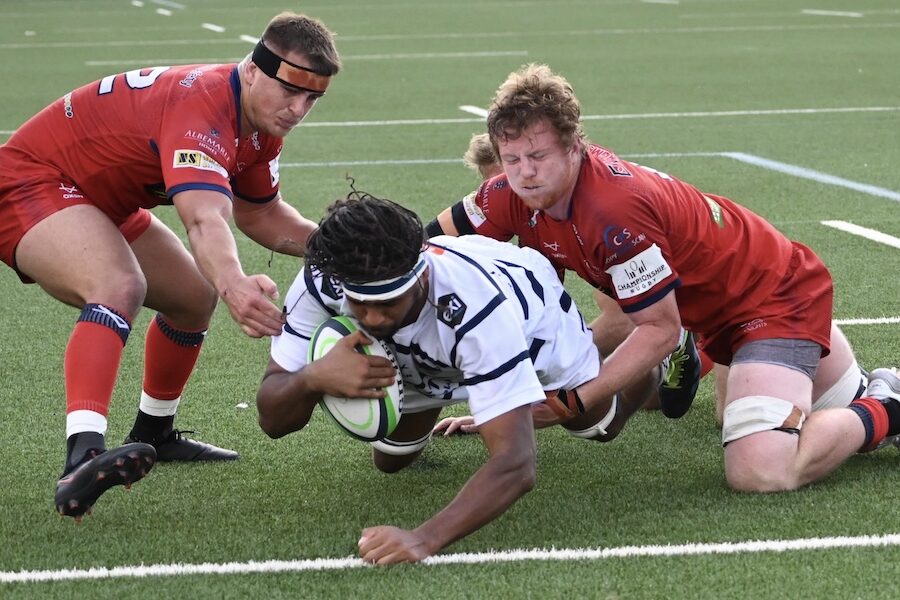 What did we learn from the bonus point win which opened the Championship season? Here are some of the moments that mattered.

Debutants have an immediate impact

Newcomers Josh Bainbridge and Tom Curtis both scored tries, but the rest of the debutants also impressed on their first outing in blue and white.

The tide had begun to turn the hosts’ way by the time the coaches began to empty the replacements’ bench, but the new faces upped the momentum, turned the screw, and sealed the maximum haul with four tries in the last 25 minutes.

The first 10 minutes were far from ideal. The next 20 minutes were an improvement. But from 30 minutes onwards there was increasingly just one team in the contest, and when Cov scored 12 points in two minutes as the hour approached it was a crucial one-two punch which had Doncaster reeling.

The Knights appear to be a team set up to lead and hold on, whereas Cov is a side which relishes momentum, built around pace and accuracy, and when the hosts got in front on the scoreboard there was little doubt as to where the league points would be going.

When on the front foot Cov will damage teams

If the above point needed emphasising then watch the tries from Josh Bainbridge and Tom Curtis which brought the bonus point.

For the first, Ryan Burrows’s power took him through the red wall, and with no sweeper the skipper turned on the afterburners. Cov retained possession superbly and sent the ball down the right, where returnee Tom Howe fed Bainbridge for the score.

The second was just reward for Cov as they upped the intensity and accuracy with offloads and quick play around the fringes, and when Curtis strolled to the uprights to dot down it put the hosts a crucial two scores in front.

Of course Doncaster knew this going into the game, and did everything they could to turn any fizz in Cov’s play flat. The first half lasted the best part of an hour, with water carriers and physios coming on at regular intervals.

This was no truer than in the opening salvos of the second half. Cov came out firing and put together some lovely play in the first three minutes, only for two visiting players to take a knee and receive treatment, which took around two minutes.

The final 50 minutes were superb, but Cov cannot afford too many opening 10 minutes like this as the season goes on.

After the Gloucester pre-season friendly Director of Rugby Rowland Winter had highlighted the team’s first half as a point of improvement. And they put themselves under massive pressure against the Knights, too, as the visitors came out of the blocks quickly to build a 10-0 lead in as many minutes.

Cov did not help themselves, with an offside from an over-eager chase deep in their own half, and a wonky lineout throw just inside their own 22. The first was turned into seven points, and while the latter became a penalty win to Cov at the scrum, already the hosts were having to chase the game.

That they did so was testament to their character and patience, but the Butts Park faithful will not want too many nervy starts!