COVENTRY Rugby is excited to announce that All Black centre Sam Tuitupou will be a part of the Butts Park squad next season after six years at Aviva Premiership club Sale Sharks.

The 35-year-old, who is coming to Coventry on a two-year contract, made 110 appearances for Sale, also captaining the side, and will add a wealth of national and international experience to boost Cov’s National League One challenge.

Tuitupou captained New Zealand to world championship success at Under-19 and Under-21 levels and, a Super 14 championship winner with Auckland Blues, went on to gain nine senior caps for the All Blacks between 2004 and 2006.

He moved to the Northern Hemisphere in 2007 and joined Worcester Warriors, where he played 54 games in two seasons before spending a season at Munster and then moving to Sale Sharks.

“Sam is well known for being a hard-hitting, powerful midfielder and I have no doubt that he will add further quality to our back line,” said Cov’s director of rugby, Rowland Winter.

“Our intention has been to add more experience to our young squad with players who understand what we are building and trying to create, and who add value to our club.

“Sam was looking for the right opportunity to develop his business interests alongside playing, as well as beginning the transition over the next couple of years towards becoming a coach.

“Sam will bring experience and leadership, both on and off the pitch and that will be a huge advantage for us.” 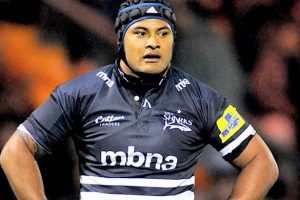