COVENTRY Rugby is delighted to announce the signing of two more members of the current England Counties squad.

Joining for next season are George Oram and Dave Brazier, who are both coming to Butts Park from National League One neighbours Birmingham Moseley.

Second row forward Oram, 23, came up against Cov in his two seasons at Blackheath before stepping up to the Championship last season where he made 18 appearances for Rotherham Titans.

Moving to Birmingham Moseley in the summer, his performances earned him a place – for the second time – in the successful England Counties squad along with 24-year-old scrum-half Brazier who, a former Moseley colt,  has played 74 games for their senior side.

“George will add more size and physicality to our pack,” said director of rugby, Rowland Winter.

“He has a great skill set, he works hard around the pitch and we have been really impressed with his form this season.

“David has consistently been one of the best scrum-halves in the league this season. He is a very skilful player, with great delivery, and is really lively around the park. He’ll be a perfect fit for how we play.”

Leaving Cov at the end of the campaign are back row pair Darrel Dyer and Sam Harry.

Said Winter: “Darrel has been virtually an ever-present in our team this season and has shown his versatility and quality by performing well in various positions.

“He has had a number of offers from the Championship, which we have been happy to support him with, and we wish him well as he takes the step up.

“Sam has played very well every time he has had an opportunity, whether it’s been with us or with Wasps in the A League and Anglo-Welsh Cup.

“He has now finished his degree at Loughborough and is looking for graduate jobs in London or abroad to kick start his career alongside rugby, and we wish him well on both fronts.”

Oram and Brazier bring the number of new signings made by Cov to eight, with 19 players confirmed as retained from this season’s squad. 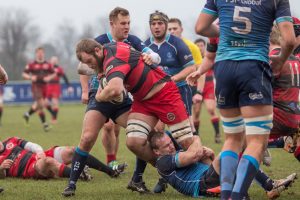 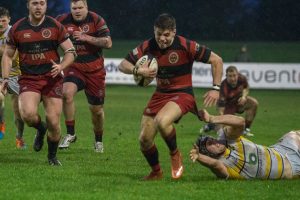