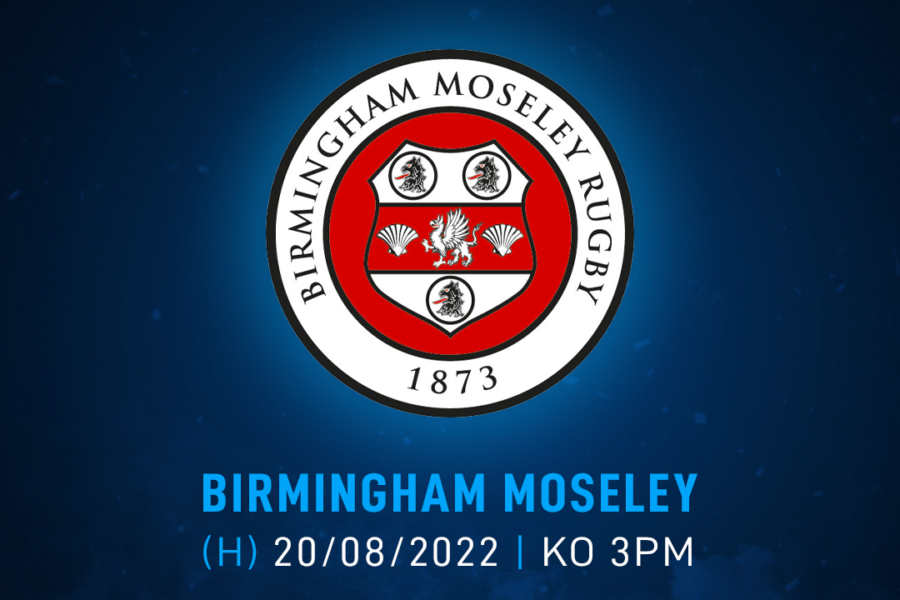 Coventry Rugby can confirm its first pre-season fixture ahead of the 2022/23 season will be a Midlands derby against Birmingham Moseley at home on Saturday 20th August – tickets are on sale now.

Two clubs that have both a strong history and base of supporters will get their first taste of ‘friendly’ rugby before the new campaign. Moseley, whilst currently in National League One, has spent much of the last decade competing in the Championship, with many of their squad formerly having played in the second tier.

Coventry vs Moseley is a fixture with plenty of history and is a mouth-watering contest that is bound to entertain.

CEO of Coventry Rugby, Nick Johnston, is excited not only for the upcoming Pre-season fixture but also for the relationship with the Birmingham club to continue to grow: “These are two big clubs in the Midlands with a rich history. We are working as close as we have been with Moseley for years now, and we want that relationship to continue to develop into something really great.”

Kick off on Saturday 20th August will be at 3 pm, with tickets at £10 each, £3 for U16’s. Tickets are also included with your Season Memberships. (Hospitality details TBC)

Moseley Director of Rugby, Adam Balding, had this to say on the upcoming friendly clash:

“It’s great to be able to confirm the traditional local fixture between two clubs who are both steeped in history is back. Coventry vs Moseley is always very well supported as a fixture and it reinforces the working relationship between both Midlands clubs. As both sides prepare for the 2022/23season, we will certainly be looking forward to travelling to Butts Park Arena on Saturday 20th August.”

We look forward to welcoming as many of you as possible back to the BPA after a long summer, for what is sure to be a cracking contest – and the start of an exciting new season.

If you’re interested in learning more about the benefits of purchasing a Season Membership – including free entry into preseason fixtures and how to purchase, click here.