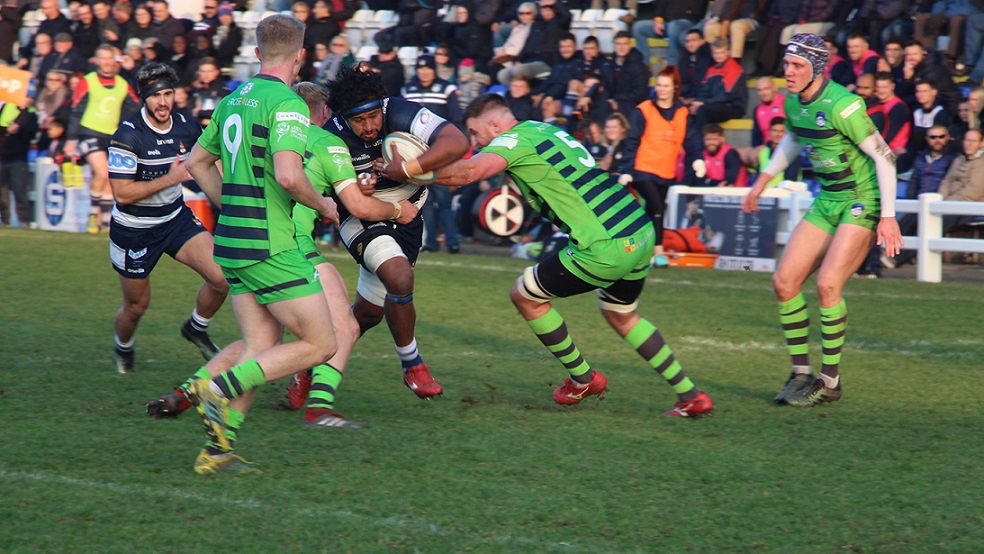 This remarkable Greene King IPA Championship season has only four matches remaining – and who could have predicted that performances and results would fluctuate quite so violently in recent weeks.

From a Coventry perspective, the overall picture has become more confused with each passing round of action. While the Blue-and-Whites have struggled to put consistent performances together during February and March, many of the remaining sides in the lower half of the table have gathered momentum.

After Saturday’s disappointing performance against Ealing Trailfinders, director of rugby Rowland Winter’s typically open and honest appraisal suggested everyone – including himself, the coaches, support staff and players – needed to take a very close look at the situation.

Discussion and analysis will no doubt therefore form a significant part of the build up to Sunday’s challenging visit to in-form Yorkshire Carnegie.

The Leeds outfit, who were boosted by a number of significant mid-season arrivals in the pre-Christmas period, have certainly turned things round. Indeed, they are currently on a three-match winning run thanks to successes against Bedford Blues, leaders London Irish then last Saturday London Scottish, who were beaten by an emphatic 42-20 margin at the Richmond Athletic Ground.

All that has been achieved against an unsettling background which suggests a significant reduction in funding will hit Sunday’s hosts for next season, meaning many players will probably be seeking new clubs. But despite this, Cov make the journey north to face a squad who, judging by recent results, are playing with a great deal of pride and passion.

Following last week’s results, Carnegie leap-frogged Cov and are now in seventh place on 40 points – one position and point ahead of the Blue-and-Whites. Only a single glance is required to see just how congested the table has become below this.

Flanker Dan Temm tops the Leeds-based club’s scoring chart with eight. Full back/wing Chris Elder heads the points tally with 55 even though New Zealand fly half Jade Te Rure, who is one of the mid-season arrivals, landed six conversions against Scottish on Saturday.

Sunday’s Headingley encounter will be the fourth time the sides have met this season. Cov won the league and cup encounters at the Butts Park Arena while Carnegie claimed the spoils in the December cup match in Yorkshire.

Despite going close in three of their last four road trips – a draw at Nottingham and single-point defeats at Bedford and London Scottish – Sunday’s visitors are still seeking a first win away from the BPA.

A win on the road this coming weekend would certainly therefore be very welcome, not least to Cov’s travelling faithful a good number of whom will doubtless journey to Yorkshire to provide the support which the squad so values.

The Supporters’ Club coach leaves the BPA at 10.30am, bookings being taken up until 1.00pm on Friday via the web site at CRSC1874@gmail.com