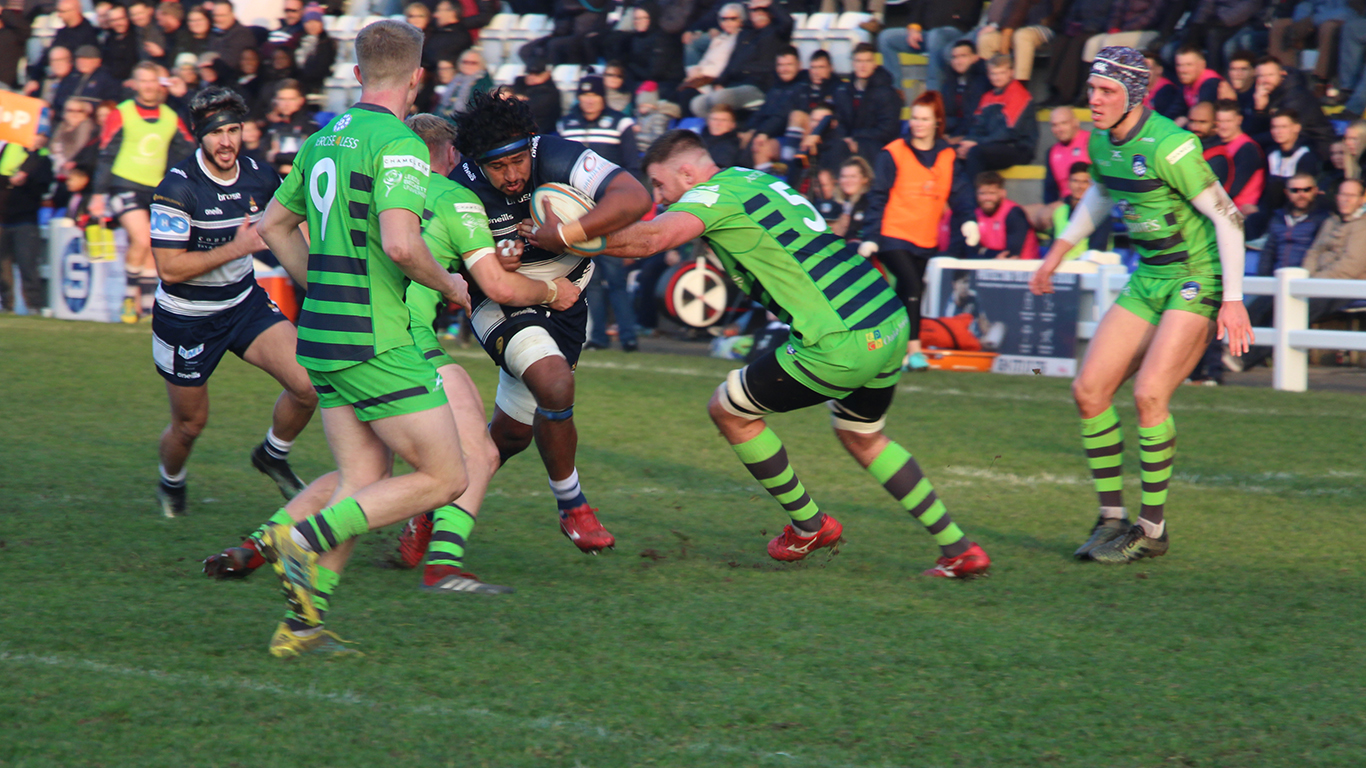 Something really will have to give this coming Saturday if Coventry are to achieve their ultimate target.

Cov travel north to take on resurgent Yorkshire Carnegie for the third time this season in the final qualifying round of the new Championship Cup.

What is at stake? Nothing less than a home quarter-final tie in the inaugural year of the competition – but for the blue-and-whites to achieve that goal only a win will suffice.

Carnegie, as they have looked to foster their name, have played their previous cup home games at either Hull Ionians or Huddersfield YMCA. This time though, the round six clash takes place at their traditional home in Leeds.

Based on recent progress at Emerald Headingley, the size of the task facing Cov, if they are to finally win ‘on the road’ and in the process avoid an away game in the last eight on February 2, should not be under-estimated.

When the Championship Cup got underway in November following nine rounds of league action, Carnegie were bottom of the Greene King IPA Championship table.

Already at that point though, director of rugby Chris Stirling believed the problems had been identified – injuries to the squad being one – and with the support of the Yorkshire Carnegie board, action was at hand.

Numerous signings were made, the results of which have already surfaced. Carnegie head pool one of the Championship Cup with just one blemish, their 51 – 32 defeat in an 11-try thriller at Butts Park. As the qualifying stage enters its final round, home and away ‘doubles’ over Doncaster Knights and Nottingham Rugby see them lead nearest pursuers Cov by two points.

With last eight qualification for both clubs already secure, the ultimate goal for Saturday’s winners is therefore a home tie.

Before the Cup programme began, Stirling stated quite openly that the resumption of league action in late December would be ‘’effectively the start of another season’’ for his club, given how much their squad has strengthened.

Carnegie will therefore be formidable opponents. In addition, from a Cov perspective six successive away defeats has undoubtedly caused concern.

So what better time than Headingley on Saturday to put that unwanted record right?

Cov travel in good heart, following a hard-fought success over Doncaster Knights in a match which tested the squad’s resolve, as they twice came from behind before some sublime second-half rugby sealed an important win.

Supporters travelling independently to the game should remember kick off time on Saturday is 2.00pm.

The Supporters’ Club have arranged a coach which leaves the BPA at 9.30am. Bookings can be made via CRSC1874@gmail.com before 1pm on Friday.