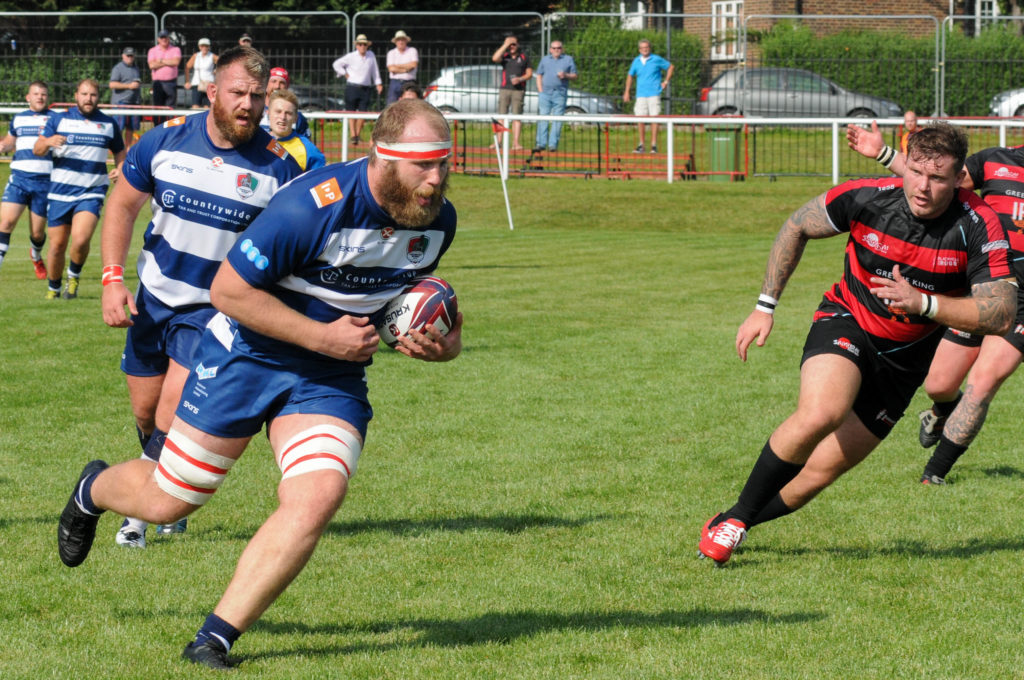 Director of Rugby Rowland Winter says that the weekend’s games against Birmingham Moseley and Blackheath was “exactly what we needed”.

Coventry Rugby saw off both teams, beating Birmingham Moseley 17-14 and Blackheath 36-23 on their own turf.

Around 40 players saw action in all, even when taking into account the late withdrawals of Phil Boulton (illness) and Luke Wallace (knock sustained in the warm-up) from the Blackheath match.

Unfortunately Wallace’s replacement, Archie Strath, dislocated his shoulder within the opening 10 minutes at Well Hall. That aside, Winter reported that there had been no additional serious injuries and a 28-to-30-man squad will be heading to Cambridge this coming weekend.

“It’s been a really challenging weekend of rugby, which is exactly what we needed,” Winter says. “It would have been far easier to put all the senior players together at one fixture, but we wanted to stretch ourselves and learn as much as we can about this group.

“Both Moseley and Blackheath will be targeting a top four spot in National One, and both have provided tough tests for us.

“We have been able to give lots of game time to our senior players, and also provide opportunities for 16 of our young Development Academy squad, with over 10 making their impressive adult rugby debuts, and earning lots of praise and trust in the process.

“I am pleased we got two wins, but they really are irrelevant in the bigger picture as these games are about trying as many combinations as possible, building experience on the pitch together and fine tuning our performance ready for the league season.

“We are also looking forward to getting Rob Knox, Tony Fenner, Nile Dacres, Joe Buckle, Andy Forsyth and Ben Nutley involved shortly and bringing the squad together this weekend against Cambridge.”

Coventry Rugby’s game against Cambridge kicks off at Volac Park at 3pm on Saturday afternoon.