WHAT WILL GIVE AT THE MENNAYE ! 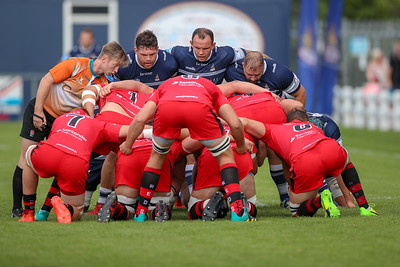 Fresh from their magnificent win over Jersey Reds, Cov hit the road this weekend with the long trip to Cornwall, where on Sunday they take on Cornish Pirates in the club’s first away fixture back in the Championship.

A clear indication, coming after the opening day win of how tough & unremitting the Championship really is.

With both squads taking a complete 100% record into the match, something really will have to give. The Pirates for their part with three pre season wins over Aberavon Wizards in Wales, an highly impressive 29-21 home success  over Premiership high fliers Exeter Chiefs & finally, Plymouth Albion at the Brickfields.

Last Sunday, again at home, Cornish Pirates finally secured a 31 -24 win over Doncaster Knights, so all in all, results should give a clear indication of the extent of the challenge Cov on their first visit to the Duchy for eight seasons.

Pirates Head Coach Alan Paver, despite the opening day win, was nevertheless somewhat critical of his sides performance in the first half, ‘’ we are better than that, very flat before half time ‘’, he was reported as saying.

Cov have met Cornish Pirates under their present name ten times previously in league rugby, the Cornish club winning both matches the last time in season 2009/10. Many supporters will no doubt be able to recall the freezing cold night at the Butts Park. Pirates secured the league double in that Championship match by 12 points -27, the other factor being the conditions. It was so bitingly cold that December night that the match only really went ahead because of the distance the Cornish club had travelled.

Rewinding a little further however, having been formed relatively recently in 1970 under their original name of Penzance & Newlyn, there had been four previous league clashes, plus one in the old National Cup competition.

To date, all league meetings have been in the old style League One, now known of course as the Greene King Championship. Coventry’s record having seen them win just two of the fourteen matches played.

Both Cov wins, plus the cup meeting were achieved on home soil, so after seven attempts, the Blue & Whites still seek a first ever win at the Mennaye Field.

To counter the last point however, keen Cov supporters will recount the day when their side beat the now defunct Mounts Bay club on Mennaye Field in the National Cup in 2007/8. The day when the match referee, because of the horrendous conditions, advised both captains there was serious danger of player drowning if rucks were allowed to continue too long !

There is no reason why Coventry though should now make the long trek to Cornwall in anything other than good heart. Being unbeaten themselves, the manner of the victory & the comeback from 12 points down against Jersey Reds, gave real early signs that they are ready for the challenges the Championship poses.

A good, positive start will surely be needed however if Cov are to post a first away league win of the season.

The hard working Supporters’ Club are running a coach to the game, which kicks off on Sunday at 2.30pm.