We are in a really good place, says Louis

Coventry thumped Cambridge 40-7 at Volac Park on Saturday to move seven points clear at the top of the league table, with both Plymouth Albion and Blackheath dropping points.

Deacon praised Cov’s defensive performance and believes the side are mentally in a good state.

He said: “We controlled the game well, we started the game very well in difficult conditions.

“Cambridge threw everything at us, but I thought our defence were outstanding and it was quite unfortunate that they scored a try towards the end of the game.

“We were really disappointed to concede.

“The ball came off the line-out, which wasn’t straight, then they were awarded the scrum and broke away down the length of the field.”

It was the first score conceded by Cov in 237 minutes of game time when James Ayrton crossed the whitewash late on for Cambridge, and Deacon believes Cov were unlucky to concede.

He continued: “That would have been three weeks on the trot that we haven’t conceded a single point.

“What is really nice is the guys taking pride in defence and putting their bodies on the line, so it’s a huge positive for us at the moment.”

The 37-year-old believes Cov are the side to beat in the division and admits their title aspirations are very achievable after their firm start in National One.

He said: “We will be there or thereabouts at the end of the year, it comes down to our consistency and whether we can continue to put in these performances.

“We’ve come away to a tough place like Cambridge today which has been another good test for us.

“It just shows that we are in a really good place. We are always confident that we will be there or thereabouts.” 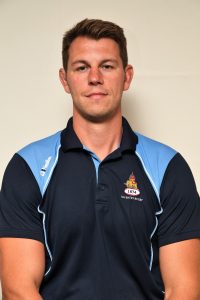