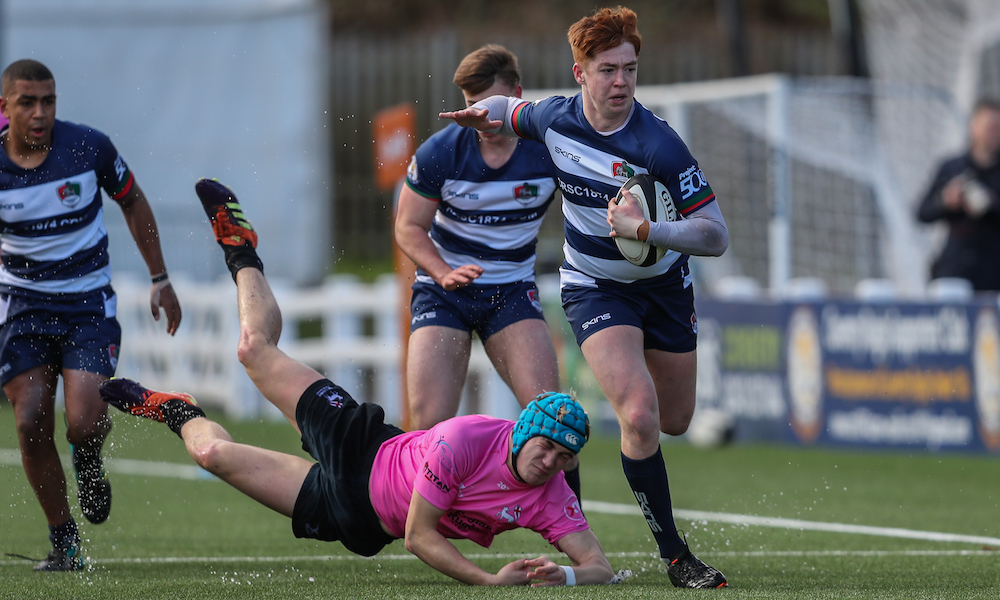 The Lambs are an invitation team made up of some of the best school players in the country, but even though the home team was missing 10 players on Midlands duty they put together some good rugby and out-score the visitors three tries to one.

Henry Mair, Lewis Mellor and Ellis Isaac got the tries, with Ollie Parker kicking a conversion.

After the game some of the Under-18s also got to meet club, England and Lions legend David Duckham MBE, who was at Butts Park to preview the day’s Six Nations game from Twickenham.

James and Attah each scored a try, with Price kicking a pair of conversions.

Thanks to the Coventry Rugby Supporters Club for their ongoing backing of the team.