Matoto, who made a delayed first appearance off the bench at Esher last weekend following a visa issue, takes over from Tom Emery, who goes on to the bench.

Development Academy player Gray replaces Nike Dacres who picked up a slight knock in the 61-26 win at Esher along with flanker Latu Makaafi, whose back row slot goes to recalled Brett Daynes.

Further changes see Sam Tuitupou return from injury at centre in place of Alex Grove, who is facing a possible six to eight-week lay-off with a groin injury, and Olly Povoas start at open side flanker in rotation with Jack Preece, who goes to the bench where hooker Scott Tolmie is recalled.

“We’ve been impressed by what Anthony has brought to the squad, he poses a big, physical threat on the wing,” said director of rugby, Rowland Winter. “Tom covers a lot of the back line, and goalkicker as well, so it’s important for him to be fresh when he comes on, and he also took a bit of a knock last week.

“Cameron’s opportunity was always going to come, it was only a matter of time and it’s one he’s earned. He’s already got plenty of experience and has added to his game through the time he has spent with Wasps, playing in the A League.

“Nile and Latu will both be okay for selection next week.”

Bishop’s Stortford were promoted as National Two South champions at the end of last season have won three of their five games to date.

“They are always a well-organised, well-drilled and well-coached side who are tough to beat,” said Winter, who came up against tomorrow’s visitors when he was at Cambridge. “They have some really exciting players.

“Bar Blackheath, they are higher up the table than anyone else we have played and it will be a tough challenge, one of our closest games yet, and we will need to hit our top level of performance to get the win.”

Forwards Tom Jubb and Waita Setu both return from injury for Cov, who will be captained by hooker Matt Price.

Said Winter: “The Zoo league is a really useful tool for us and proving its value.

“It’s provides a good opportunity to get Tom and Waita back involved, which we haven’t had in previous seasons, and to keep players like Brett Daynes and Scott Tolmie match-fit while not in the first-team squad.

“Equally, the young development players are really impressing and will be pushing for opportunities over season.”

On the injury front, Max Trimble and Tony Fenner will be back in full training in the next fortnight, while Tom Poole is recovering well after successful surgery for a disc problem and Andy Brown is expected back around mid to late November following surgery to his hand. 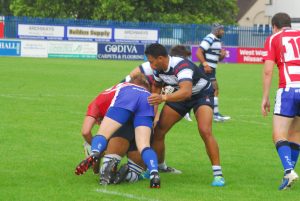 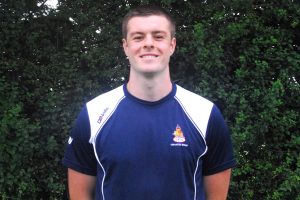 WEEK six sees four of the top six sides all at home with only leaders Darlington Mowden Park and Blackheath travelling. Will this week be the kick-start for more home wins than defeats?

Darlington Mowden Park, still with a 100% record, travel to St Albans to face an Old Albanian side back in 13th spot and only one point above the relegation zone. A disappointing home loss to Moseley last week somewhat disrupted OA’s recent improvement in form and against the leaders will find it difficult to get even a losing bonus point out of this game. DMP should be too strong and experienced to let the win slip at OA with a bonus point win required to stop either Coventry or Plymouth Albion from possibly taking over at the top.

Plymouth Albion’s try-scoring exploits have brought them up to third place, just three points behind DMP. They are at home to a Cambridge side whose away record is slightly better than their home form. Albion will be in no mood to give Cambridge any leeway, so a large home win is expected. Cambridge’s defence had gone missing recently which should play into the hand of the home side whose pack should be more dominant.

An intriguing game is in prospect as Birmingham Moseley entertain Blackheath.  As a form guide both sides lost heavily to Coventry, but both had impressive bonus point victories last week. Two seemingly well-matched sides which could lead to a close and tense affair. Home advantage may just narrow the odds in favour of Moseley.

On the face of it fifth-placed Ampthill & District should have no trouble dispatching 15th-placed Fylde. However, Fylde will be boosted by their first win of the season against Rosslyn Park last week and although they don’t normally travel well, if their pack can match Ampthill then it could be a close run thing. Ampthill’s pack has been increasingly dominant in recent weeks and they should be more than a match for Fylde which will allow the impressive home backs to take advantage.

Old Elthamians will be looking for their fourth straight win when they host another of the league newcomers, Caldy. Both sides are capable of scoring plenty of tries and last week Caldy held leaders DMP to just six points and could have sneaked it. OEs, with winger Dom Lespierre in fine form as leading try scorer in the division, could be too strong in the backs, but Caldy are a resilient side and can expect to get something out of this game. A contest which could go either way.

Bottom side Hull Ionians will be looking for their first win of the season with Esher as their visitors. Although Esher shipped nne tries to a rampant Coventry last week, Ionians have also been heavily beaten by the Midlanders. However, Esher did show enough skill and ability to trouble most teams and although they often struggle away,they will be slight favourites to win this one. Ionians, on the other hand, urgently need their first win otherwise it will start to look bleak for their survival chances.

Struggling pair Rosslyn Park and Loughborough Students meet at The Rock. Both sides are looking for only their second wins of the season and have been very inconsistent. Park’s form at home has been poor so this is a difficult game to predict, but on paper Park should have the better and more experienced side, but this could also end in a rather surprise win for Students.