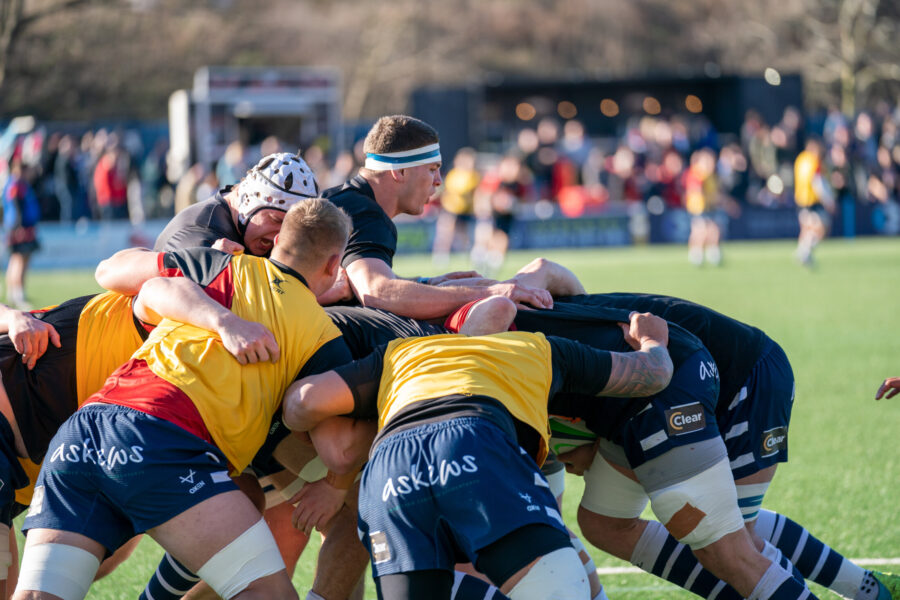 Coventry Rugby has named their side for their final league fixture of the 2021/22 season against Richmond. (Richmond Athletic Ground, KO 3.00 pm)

There are four personnel changes and three positional switches from the team that played Jersey Reds one week ago.

Last weekend, Toby Trinder was named to start but was unable to play last minute, resulting in Luc Jeannot stepping up and fulfiling duties. With Trinder back at loosehead this weekend, Jeannot drops to the bench. Suva Ma’asi remains at hooker and Matt Johnson is welcomed backand starts at tighthead after being recalled last weekend from Exeter Chiefs. As a result, Senior Academy player Jake Bridges – who started last week against Jersey Reds, drops to the bench.

James Tyas and Adam Peters remain as the number 4 and 5 locks this weekend, having functioned nicely together in the second row for a number of weeks.

Senior Academy player, Tom Ball is introduced to the lineup this week to replace Senitki Nayalo at blindside flanker who was recalled by the Army for this week. Josh Bainbridge and Skipper Ryan Burrows remain in their usual back-row positions.

Josh Barton and Evan Mitchell remain as the half-backs after Mitchell stepped up to replace Tony Fenner who was unwell last weekend. Fenner has returned to full health and is named on the bench.

The remainder of the backs remains the same as last week, with Gloucester dual-reg Tom Stanton and Rob Knox on each wing. Will Owen and Andy Forsyth at the centre and Louis Brown at fullback.

The only other change to the bench is Harry Clayton who rejoins the team for this weekend after featuring in the side that beat Ampthill in December. Clayton was part of Coventry’s academy process last summer alongside finishing his degree at Newcastle University.

If you’re unable to make it to Butts Park Arena, tune into BBC CWR or receive updates via the @CoventryRugby Twitter.