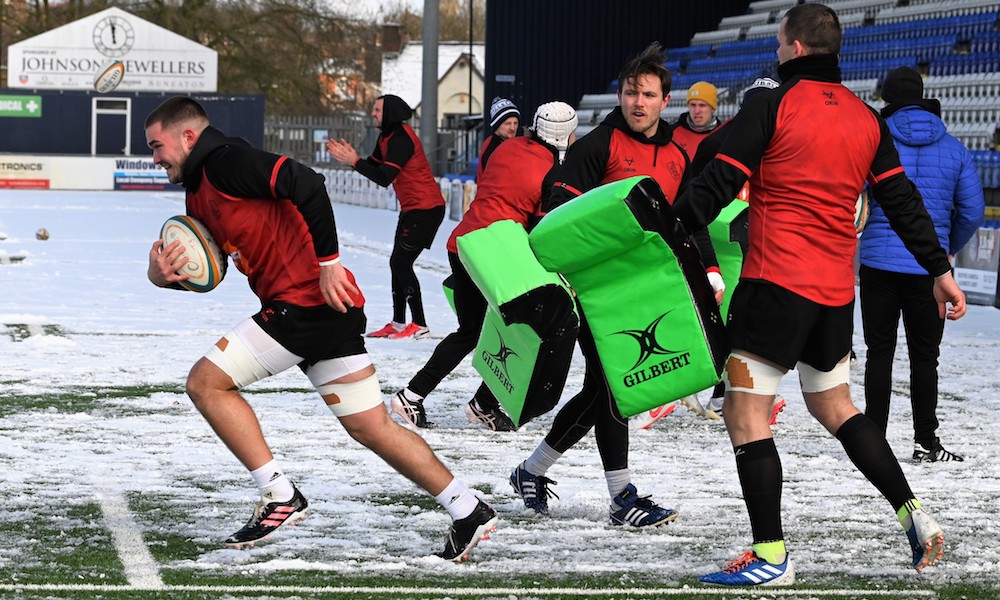 After nearly 11 months Coventry Rugby is now going into a weekend which will include 80 minutes of rugby, with Jersey Reds visiting Butts Park Arena on Saturday afternoon (KO 2:00pm).

The game will give both sets of coaches the opportunity to run the rule over their teams before the Greene King IPA Championship begins in earnest on the weekend of March 6/7, with Coventry Rugby playing Saracens in the intervening two weeks.

Director of Rugby Rowland Winter has named a 31-man squad which includes a number of new faces. New signings Alex Gibson and Rob Stevenson have their first run-out in blue and white, as do dual-registered players Cameron Jordan and Callum Sirker, and Moulton College student Tom Ball, who starts alongside club captain Adam Peters and team captain Ryan Burrows in the back row.

Saturday’s game is being live streamed exclusively at www.247.tv/covrugby, priced at £9.99. Viewers can watch on their laptops, tablets and smartphones alike, as well as through internet-connected TVs.