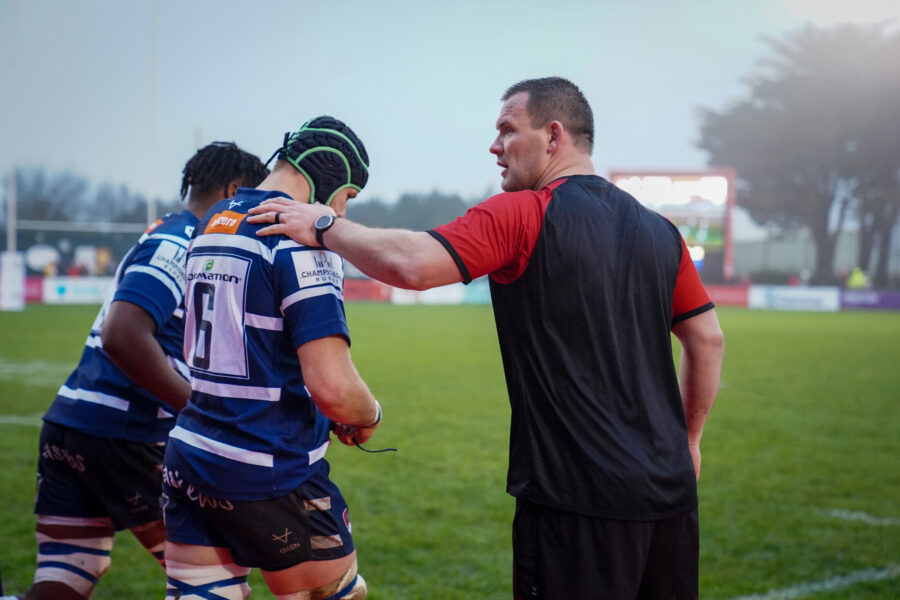 The Coventry team set to face London Scottish in Round 20 (26th February 2022, KO 3:00 pm, Butts Park Arena) has been named. It will be the second time Coventry have faced the London side during this league campaign, in which Scottish gained their first and only win of the season in Round 9 last November. Coventry has a strong home record, and look to secure the win tomorrow at the BPA.

In comparison to the Blue-and-White’s last Championship showing two weeks ago against Nottingham Rugby,Coventry has issued a largely unchanged starting XV.

There is only one small change to the forwards with James Tyas switching to number 4 lock and Adam Peters taking the number 5 shirt – both having appeared in the alternative against Nottingham.

In regards to the forwards, Louis Brown returns from injury for this fixture and will start at fullback. Ironically, it was Brown’s first game of the season against London Scottish in Round 9, before suffering his second injury in the next round against Bedford Blues. Brown has been performing well in training and looks to have a strong game tomorrow.

As a result, Sale Shark loanee Tom Curtis moves from fullback to inside centre with Will Owen dropping to the outside. Tom Stanton replaces Louis James on the left-wing.

Tony Fenner remains at fly-half and will make his 100th appearance for Coventry this weekend. Congratulations Tony!

Four changes have been made to the bench. Sale Sharks hooker Ethan Caine replaces Joe Richardson. Nile Dacres returns to the bench having last not been featured in the Nottingham game. Andy Forsyth drops to the bench with Rob Knox coming in to replace Stanton who starts.

If you’re unable to join us at Butts Park Arena, there will be BBC CWR radio commentary via the BBC Sport website or app or you can follow updates via our live Twitter feed (@CoventryRugby).

Thank you to our partners Purity Brewing Co. for sponsoring tomorrow’s match.